Narita Strikes the Heart of the United Empire on STRONG 【NJoA】 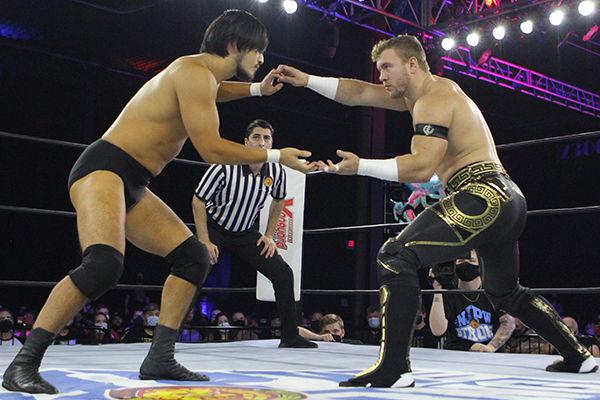 The main event of NJPW STRONG this week saw the LA Dojo’s Ren narita and Clark Connors take on TJP and Will Ospreay of the United Empire in front of a heated Philadelphia crowd. The adept mat veteran TJP controlled Narita, but only for so long, as Narita countered the Fil-Am Flash and brought in Connors for aggressive strikes.

TJP’s arrogance would bait Connors into a mistake that brought control of the match to the United Empire, and TJP would use a Facewash to hurt and humiliate Wild Rhino Connors. After a Pounce from Connors almost sent Ospreay clear from the ring though, Narita was back inside with a massive front suplex and a half hatch and brainbuster for two. 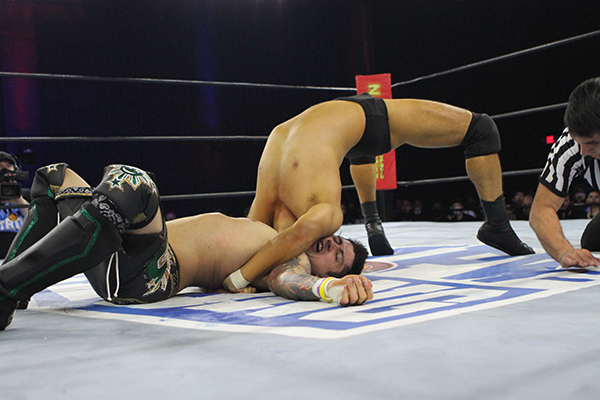 After a handspring and then the Chelsea Grin for Ospreay, it looked like a Strombreaker victory for the United Empire, but Narita wriggled off the hook, and a double submission saw Ospreay and TJP screaming in pain at the hands of Narita and Ospreay.  Connors was at the receiving end of a vicious double team from the United Empire crew, and Ospreay attempted to remove the turnbuckle pad to assist TJP, but Narita saw the move out the corner of his eye. a Boot sent Ospreay from the apron, and after a spear from Connors, Narita connected with Narita Special #4. 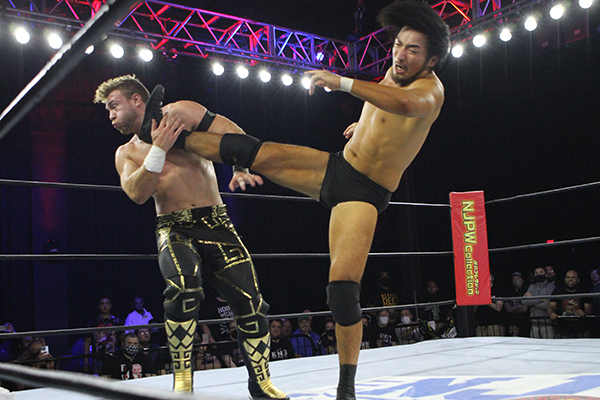 Post match, narita threw the ‘real’ IWGP World Heavyweight Championship aside, and stated that the only thing he wants is a win over Ospreay. Narita and Ospreay face off in singles competition Saturday at battle in the Valley. 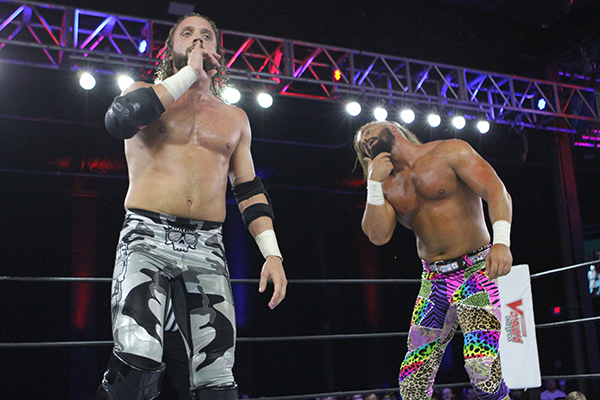 Juice Robinson battled El Phantasmo in singles action. With eye pokes and Atomic Drops seeing both participants have their fun in the early going, the match progressed with Phantasmo landing back rakes and the ‘devastating’ Purple Nurple before both grew more aggressive. Juice would connect with a Full Nelson slam and a senton, before the Juicebox scored for two, but Phantasmo stayed in the hunt.

A top rope Frankensteiner and the Thunder Kiss ’86 scored for ELP, and when Juice backdropped out of a CR2 attempt, the Styles Clash connected. Phantasmo followed with a V-Trigger like knee and went for the One Winged Angel, but after a counter, ELP shoved Juice into the referee, struck Robinson low and set up for Sudden Death. 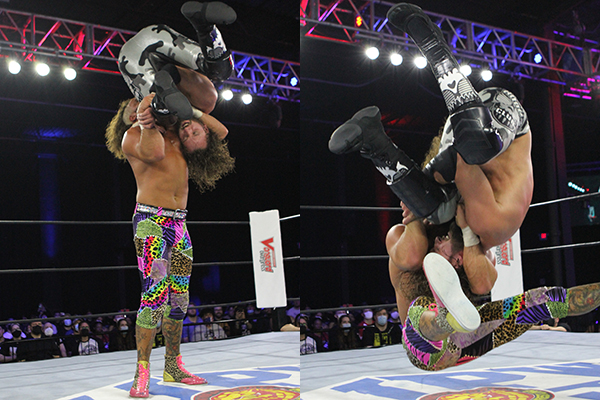 Juice avoided the boot and landed Pulp Friction. Phantasmo kicked out of the move to a shocked reaction from the crowd. Robinson followed with a wild lariat and then his new Fisherman’s driver variant, the HHB for the victory. 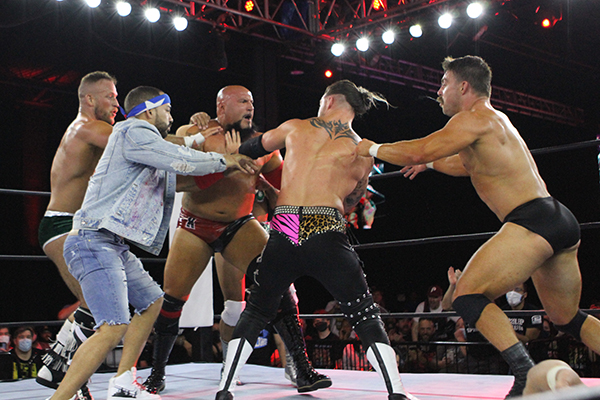 The night kicked off with six man action as Team Filthy faced David Finlay, Yuya Uemura and Alex Coughlin. With deep armdrags from Uemura, early control was in the red corner, and JR Kratos’ taped shoulder being targeted did not help. After a tag though, JR Kratos’ power showed through as he took control over Coughlin. A Deadbolt Suplex from Uemura scored as the match broke down, and Coughlin scored an incredible bodyslam on the gigantic Kratos, but the Hushmoney from Isaacs, and a Pop of the Trunk from Nelson saw Team Filthy victorious. After the match, Alex Coughlin and JR Kratos had to be pulled apart as tensions continue to build.