Narita Shines but Ospreay Unstoppable at Battle in the Valley 【NJoA】

Will Ospreay scores narrow victory against a fired up Ren Narita 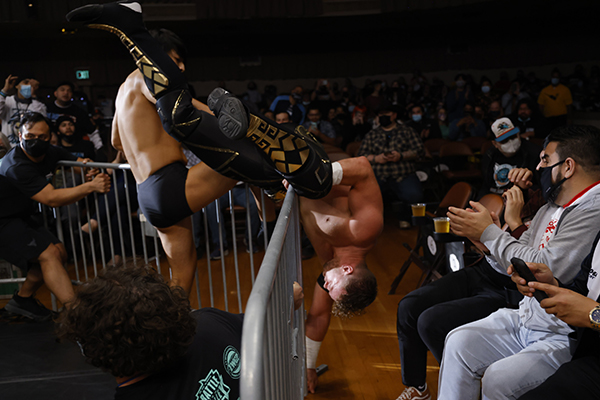 The first of four high profile singles matches at the top of November 13’s Battle in the Valley card saw Ren Narita aim to ‘beat some sense’ into the self proclaimed ‘real’ IWGP World heavyweight Champion Will Ospreay. 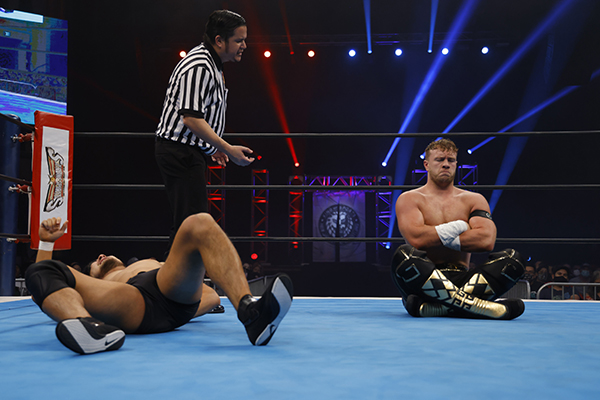 Ospreay wanted the referee to hold the title up and declare this a championship match, but Narita exploded out the gates to prevent any kind of ceremony. A massive boot rang off Ospreay’s chest outside, but Ospreay would hand Narita over the top rope before delivering a thunderous front kick of his own. Following with a backdrop over the guardrail, Ospreay nearly scored a countout win before Narita clawed back inside. The Commonwealth Kingpin retained control of the match inside, and after brutal strikes scored, mocked Narita’s coach Katsuyori Shibata with his signature cross legged pose. 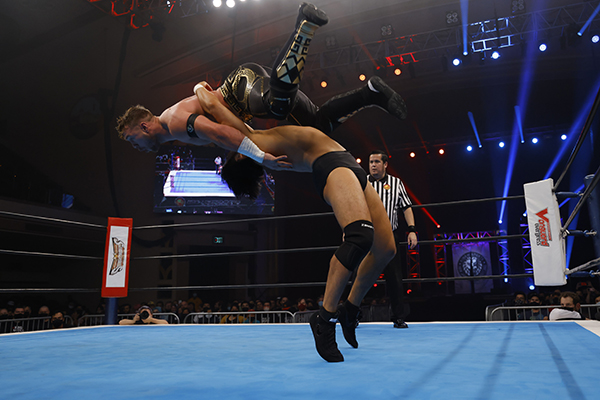 Narita would fire back with a front suplex and then a half hatch for two as the match reached the five minute mark. When narita was sent from the ring with a handspring kick, Ospreay paid for a missed plancha attempt with a suplex on the floor, and when he got back inside, was caught in a knee bar. The so-called ‘champion’ showed his immense strength through, rolling through and muscling Narita for a German suplex. 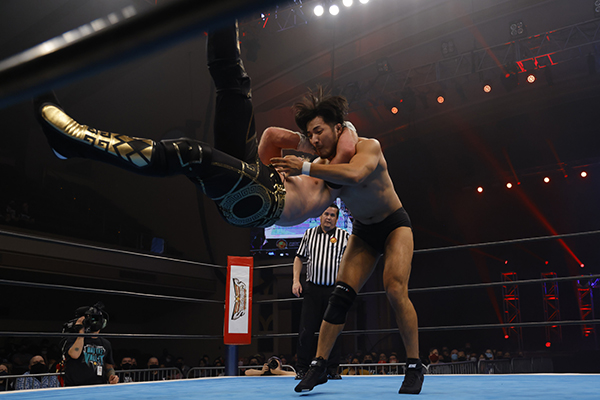 Ospreay’s speed met his strength, with a Tiger wall flip kick befoer an attempt at the Stormbreaker, countered into a Cobra Twist. Again, Ospreay powered out, but Narita landed a German with a bridge for two.  Narita tried for a brainbuster at the ten minute mark, but would be countered with a Street Cutter; yet Narita was equally effective in his strategy, blocking an OsCutter, and escaping a 450 attempt before rolling into Narita Special #3. 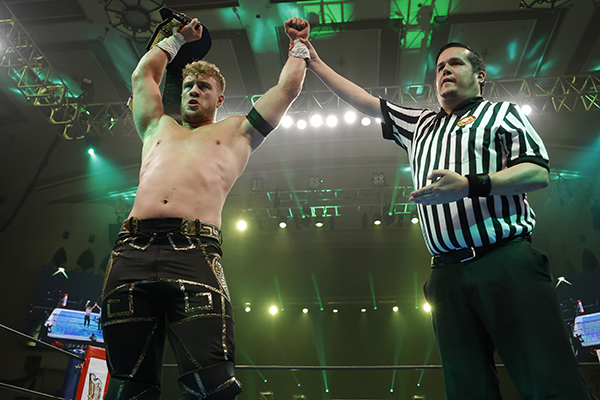 Ospreay made the ropes, but Narita made him work for a reprieve, delivering hard overhand rights before Ospreay finally found a hook kick. With distance set, Ospreay tried for Hidden Blade, but Narita ducked, and countered a powerbomb into a front chancery to boot. Ospreay would escape and land OsCutter for two though, and Hidden Blade followed for the three.