20 entrants give their thoughts before Sunday’s tournament start

May 13 saw the Best of the Super Jr. 29 press conference, as all twenty entrants gave their pre-tournament thoughts to assembled media and fans around the world.

Watch ALL of Best of the Super Jr. 29 live and in English on NJPW World!

A Block were first to take to the podium. 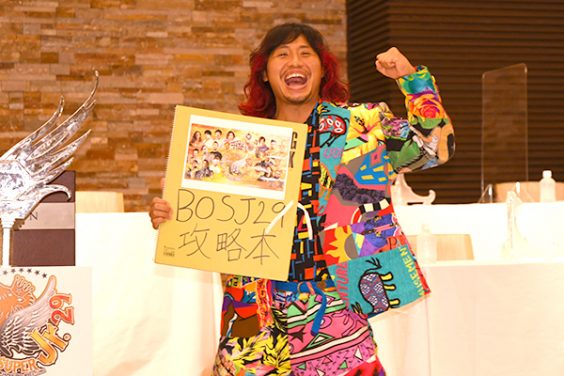 I’m feeling a lot of heat, a lot of excitement around the tournament this year. Not just from the wrestlers, but from the staff as well. Plus we have the hit band Blank Paper producing the theme song, that’s awesome. Even before this thing has started, I’m all fired up for Best of the Super Jr.! It’s on us to blow those expectations away and that’s why we’re here. 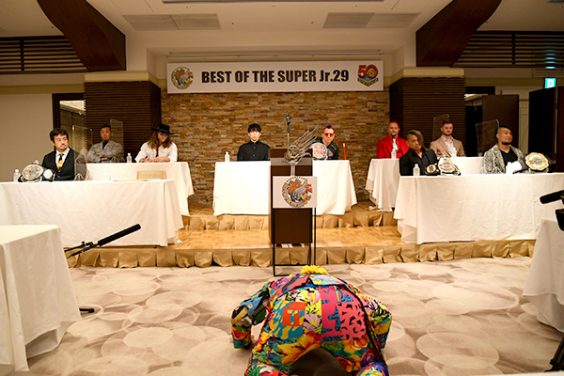 But! If things go as usual, Hiromu will win his third tournament in a row and fourth overall. Far too predictable for all the fans! So I have something to ask of all of you in A Block, please, I beg of you, try to stop me from winning. Do all you can. STOP MY VICTORY.

(Hiromu proceeded to prostrate himself before the A Block wrestlers before singing ‘Stop my victory’ to close his comments. 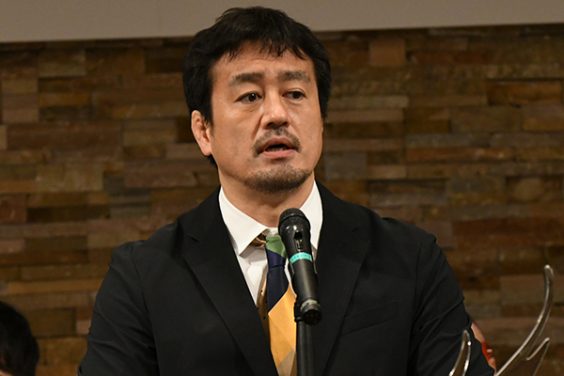 Hiromu’s speech has me really fired up. My theme for this BOSJ is ‘no messing around’ ‘be serious’ and ‘no butt stuff’. I won’t be messing around at all this tournament and will be completely serious. That’s what I’ll bring with me when I face Hiromu on Sunday. There’ll be no messing around, and I won’t use my butt once. No hip attacks this tour. I’ll be doing all I can to stop Hiromu’s victory. Thank you. 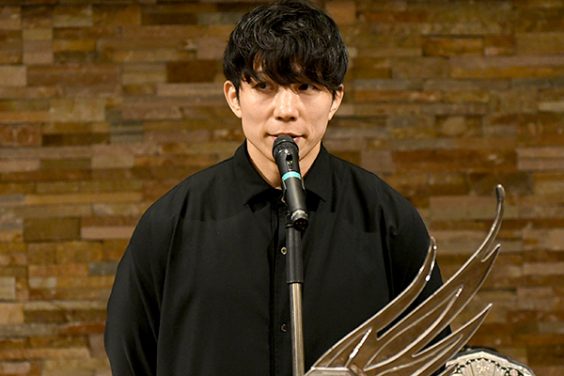 I’ll be doing my best in every match this tour. Thank you. 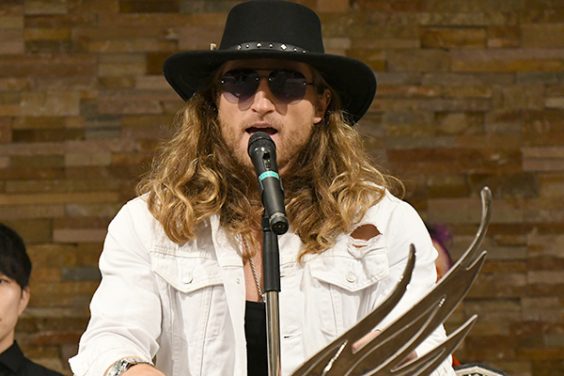 I’ll speak a little longer than YOH did. I had a speech prepared but I’ll speak from the heart, it’s easier. First, I’m excited to see everyone on this tour, all the fans are the reason I love coming out here. Now the main thing- I’ve looked at the schedule and I’m not in a single main event or semi main this entire tour. I don’t know whether that’s ignorance, or if they haven’t seen me in a while, but if they want to, turn on NJPW World and look at NJPW STRONG.

You’ll see a show built around me, that leads NJPW into the future, where I’m a main event asset, and most importantly, a show that’s better than anything that’s gone on in Japan the last two years. Anyway, I’m not going to complain about this. I’m a man of action and I will earn it. I’ll mow down each of them, Trophy Kill after Trophy Kill on the way to the final at the Budokan and on the way to proving why I’m the best junior heavyweight in the world. To the fans my message is clear- let’s get wild. 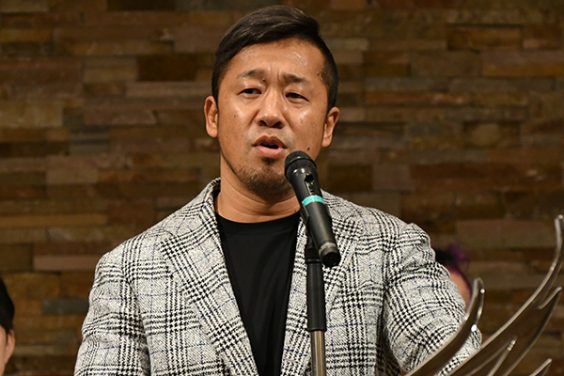 I’m sure everyone is here thinking they’ll win this tournament, but whatever- I’ll pull the rug up from under all of them. And for Taguchi- I remember what happened in Fukuoka. I remember that soft, lukewarm, disgusting butt touching my face. Are you really not doing any butt stuff? I don’t know, but you’d best wear underwear, punk. 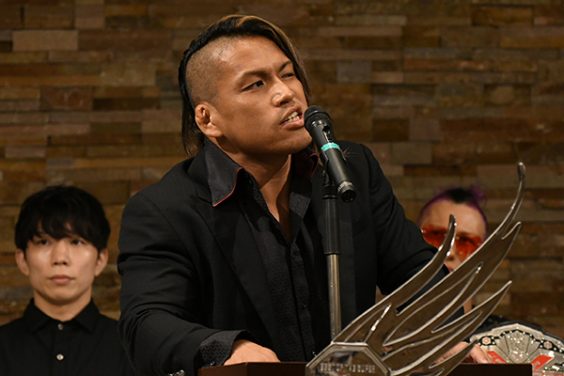 First of all I’m happy the tournament is where it should be on the calendar, and we have a real junior heavyweight festival like we should. A Block, my natural enemies… the power house Connors, the weirdo Hiromu, the even bigger question mark of the foreigners, X Division Champion Ace Austin, the young Italian, the wrench guy. 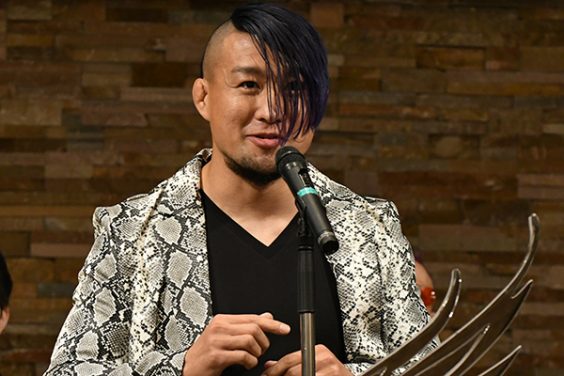 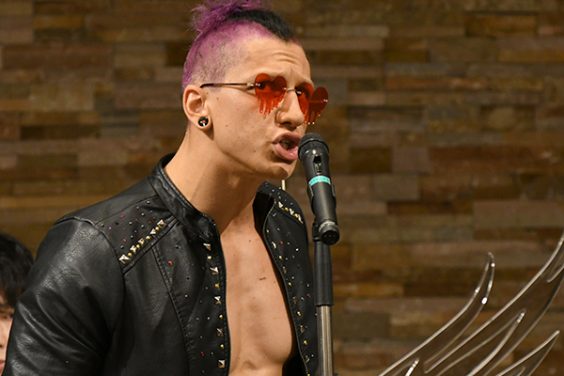 My first opponent Clark over here made a good point. I also noticed I’m not in any scheduled main events. I know this is my first time in New Japan. But I’m unparalleled. There isn’t another like me. That is a fact. It’s easy to mistake my confidence for arrogance. Confident, yea I am. Talented yes I am. A three time X Division Champion? Yes I am.

Some still like to say I’m arrogant. Say what you want, think what you want about me. I’m a lot of things. But I’m not wasteful. I don’t waste money, I don’t waste time, and I don’t waste opportunities. This is an opportunity that won’t be wasted by Ace Austin. I’m here to win, here to make a lasting impression. I’ll do it. You can wish me luck, but I don’t need it. I make my own. What you’ll see from Ace Austin is unlike anything you’ve seen before. That’s inevitable. 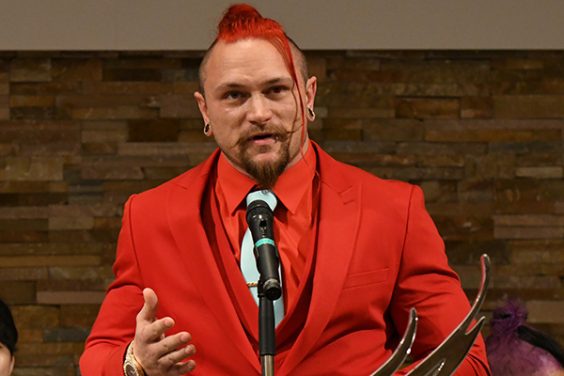 Time for a bit of flavour to introduce himself to NJPW in Japan. You may have seen me on NJPW STRONG- in 2020 I should have been in BOSJ, but the whole world came to a close. But I’m here now, and I’m making up for lost time. One thing is that I’m not here to represent a company. I’m freelance. I got here representing myself.

So while I’m making up for lost time, and what could have been in 2020, I’ve come to Best of the Super Junior to be the Zest of the Sauce Junior. NJPW, watch what I should have done two years ago- get to the finals and take this trophy on my own. 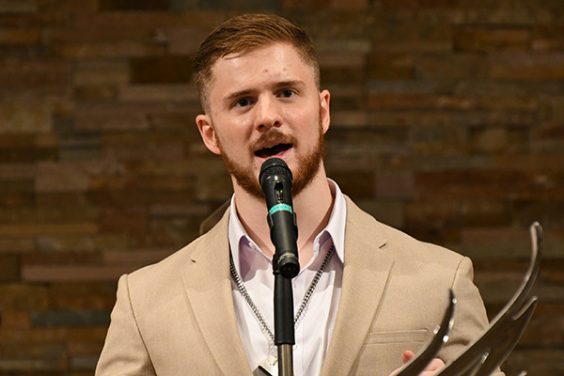 I’m the youngest competitor in this tournament. I’m just 22, and I’m the least well known of everyone here. I know all these guys are very talented and very famous, and that makes me excited. I’m excited because now I’ll be able to show why I’m the greatest Italian wrestler to ever live, show them why I make history everywhere I go, and show them why Will Ospreay chose me to join the United Empire.

I just wish El Desperado was in my block because he called me out. Since he’s not, I wish him luck to make the final where I’ll be waiting to kick in his head and burn his mask. Io sono Nova Fireball, Francesco Akira, io vincerò il Best Of The Super Juniors 29, grazie a tutti, arrivederci, bruciare.