Our second consecutive day in Aichi’s Dolphin’s Arena on July 31 sees the league phase of the tournament reach the halfway mark. With the pace of group matches set to quicken as the Budokan looms, so competition grows more intense in Aichi. 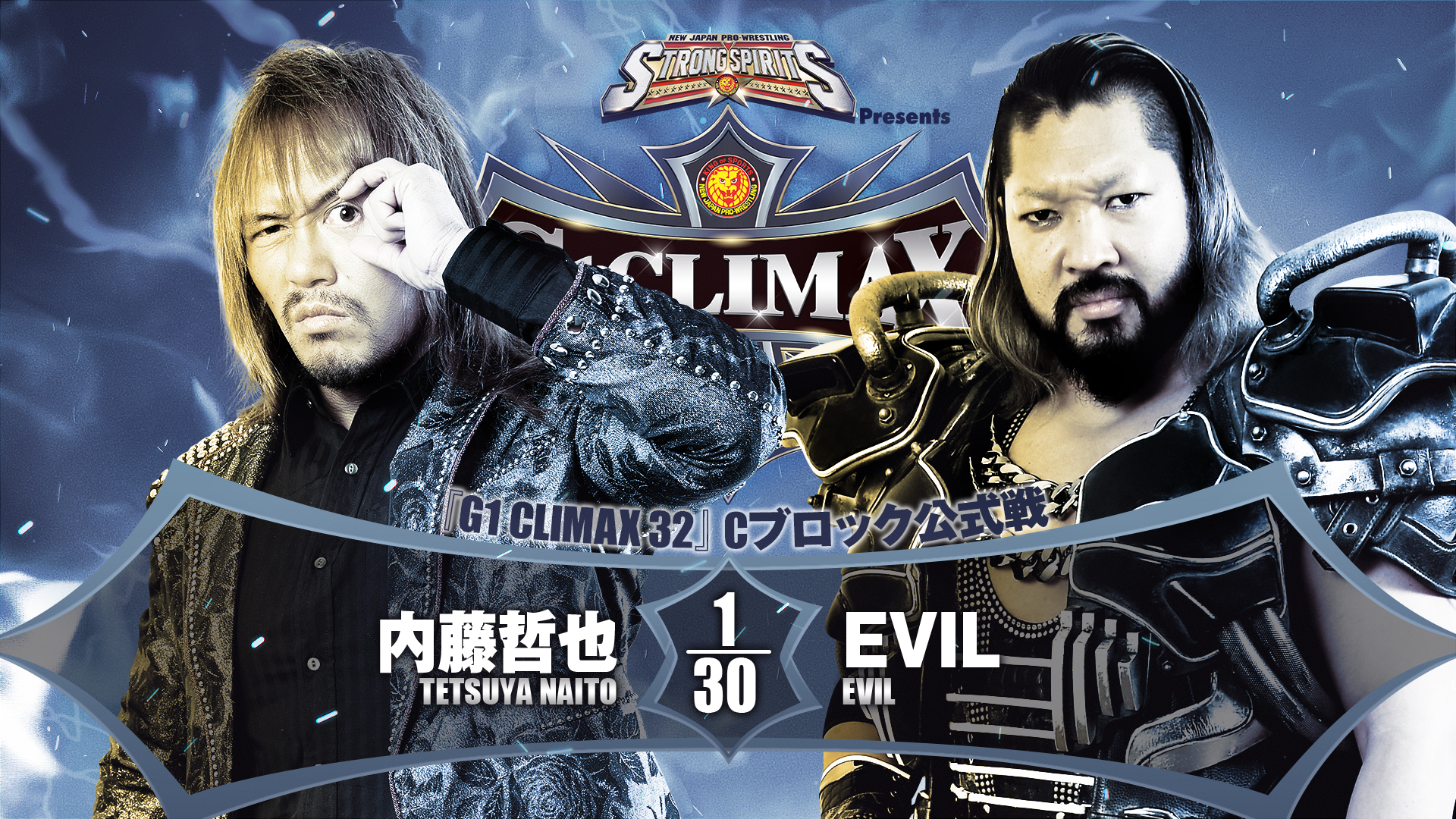 Tetsuya Naito’s G1 has seen him pitted against one familiar rival after the next, with little success. Against both Hirooki Goto and Hiroshi Tanahashi he came up short, and now he finds himself in a must win situation against another familiar face in EVIL. Naito’s former LIJ teammate, and the man he first recruited to be his parja in what became Los Ingobernables De Japon, would be the first member of LIJ to ever leave the group in 2020 when he defected to BULLET CLUB. That year a series of battles over the IWGP heavyweight and intercontinental Championships unfolded, with Naito eventually coming out on top despite the deck stacked heavily against him by the King of Darkness and the ever present Spoiler Dick Togo.

Now in 2022, the deck is heavily stacked against El Ingobernable once more. Having already lost his first two matches, it’s already safe to say that Naito is not in control of his own destiny in this tournament, and should he drop one more match, a berth in the semifinals is all but impossible. With that chance in the final four gone, so too would his best shot at making the Tokyo Dome main event on January 4 2023; with his back firmly rooted to the wall, can the ever familiar Naito resurgence happen for the LIJ leader, or will EVIL have the last laugh? 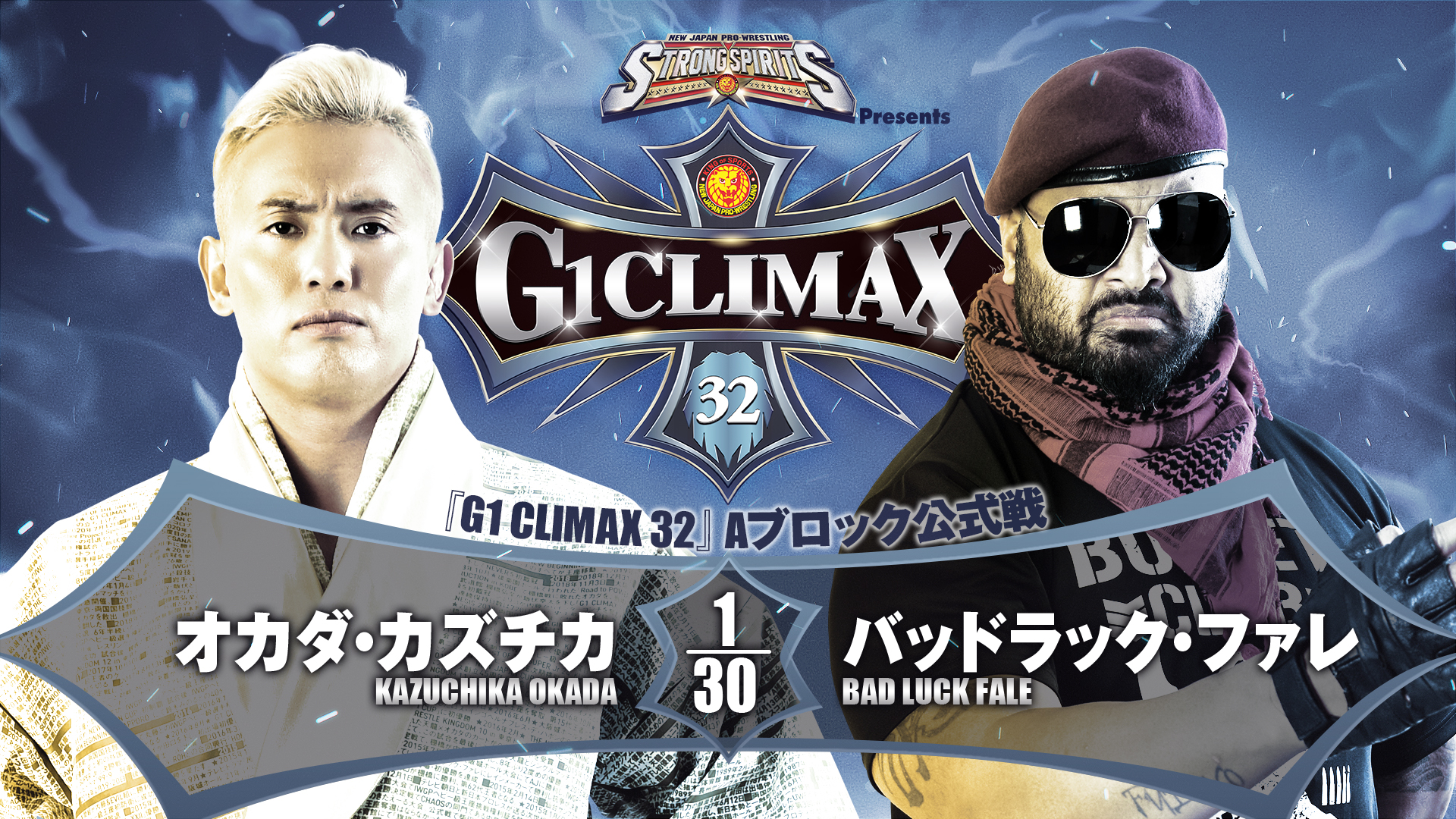 They don’t call him the Rogue General for nothing. Bad Luck Fale’s ring generalship has seen him get to a positive win:loss record halfway through his campaign, having lured Lance Archer into a countout, and resisted Toru Yano’s tricks on the way to an expert schoolboy victory in barely five minutes in Korakuen Hall. The big man of BULLET CLUB has also beaten Okada three times, including in the G1 Climax, and though the Rainmaker is a tough man to bet, Fale has certainly proven that he can do just that.

Should Okada pick up one more win and move to 3-0, he will be a dead lock to be in the conversation when the group heads to te Nippon Bidokan on August 16, even if victory in the block would not be assured. Yet Fale would be able to say the same at 3-1, and as the G1 tour reaches halfway, would be sitting right at the top of A Block. After years of leading his forces onto the battlefield, Fale could be leading the way in the G1 to boot. 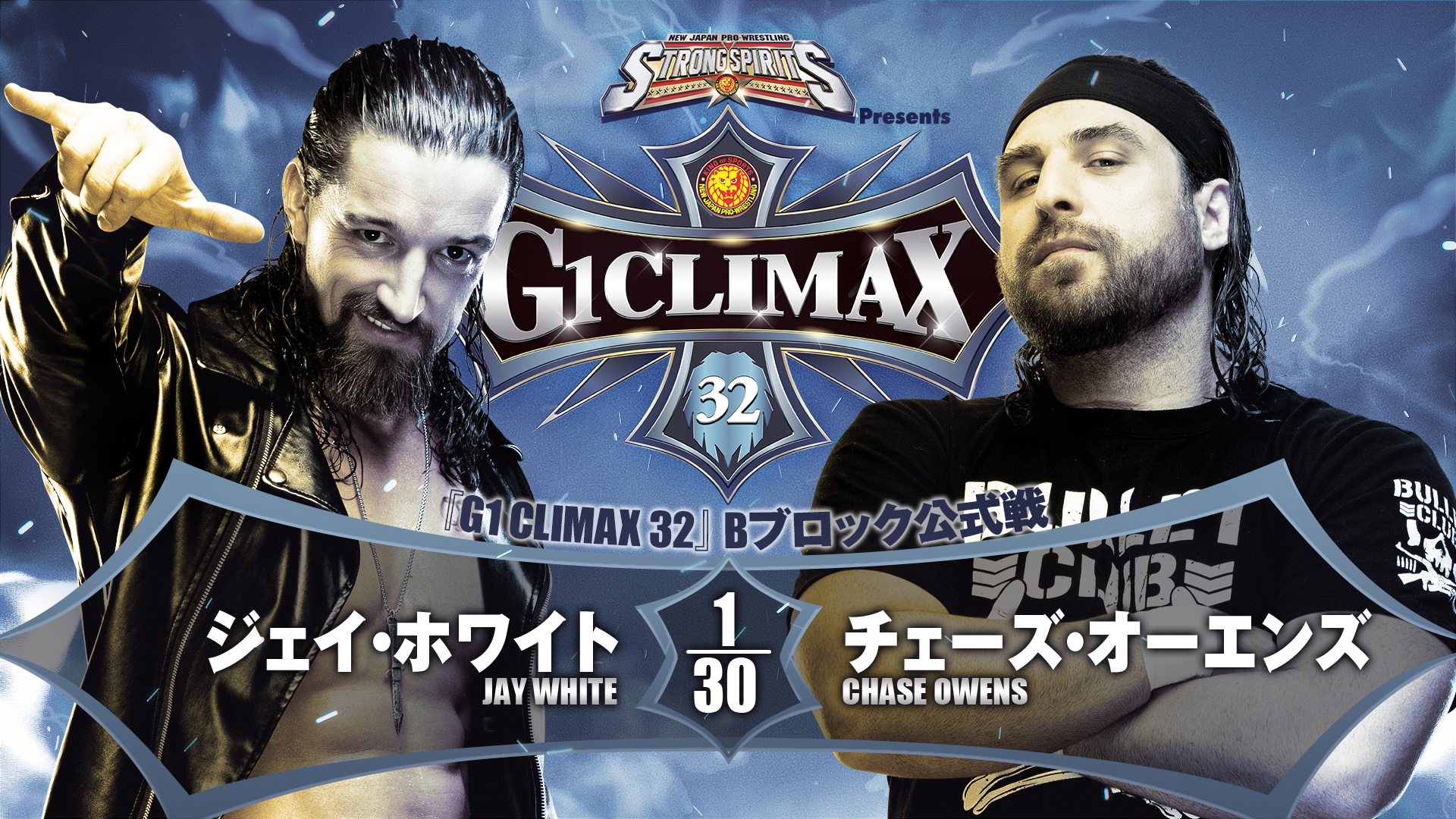 Much like Okada in A Block Jay White is sitting pretty at the top of B on 2-0. Yet while Bad Luck Fale may cause an upset to the Rainmaker at the top of his table Sunday, it’s hard to imagine anything other than the IWGP World Heavyweight Champion being at six points by the end of the Aichi afternoon. Only some of that reasoning has to do with the Switchblade’s world class ability and skill; with a decisive win over Great-O-Khan in Korakuen this past week, Owens reminded us all that he is deeply capable in his own right, but bookmakers would ordinarily favour White in this situation.

Yet what would seal the deal for Jay is the very ‘deal’ that the two have cooked up. Owens reminded White in Korakuen Hall that he’s ‘the loyal one’, and seemd to be ready to do business for the greater cause today; the only chance of an upset would be if with lights on bright, a thirst for glory overcomes the thirst for political stability as far as the Crown jewel is concerned. 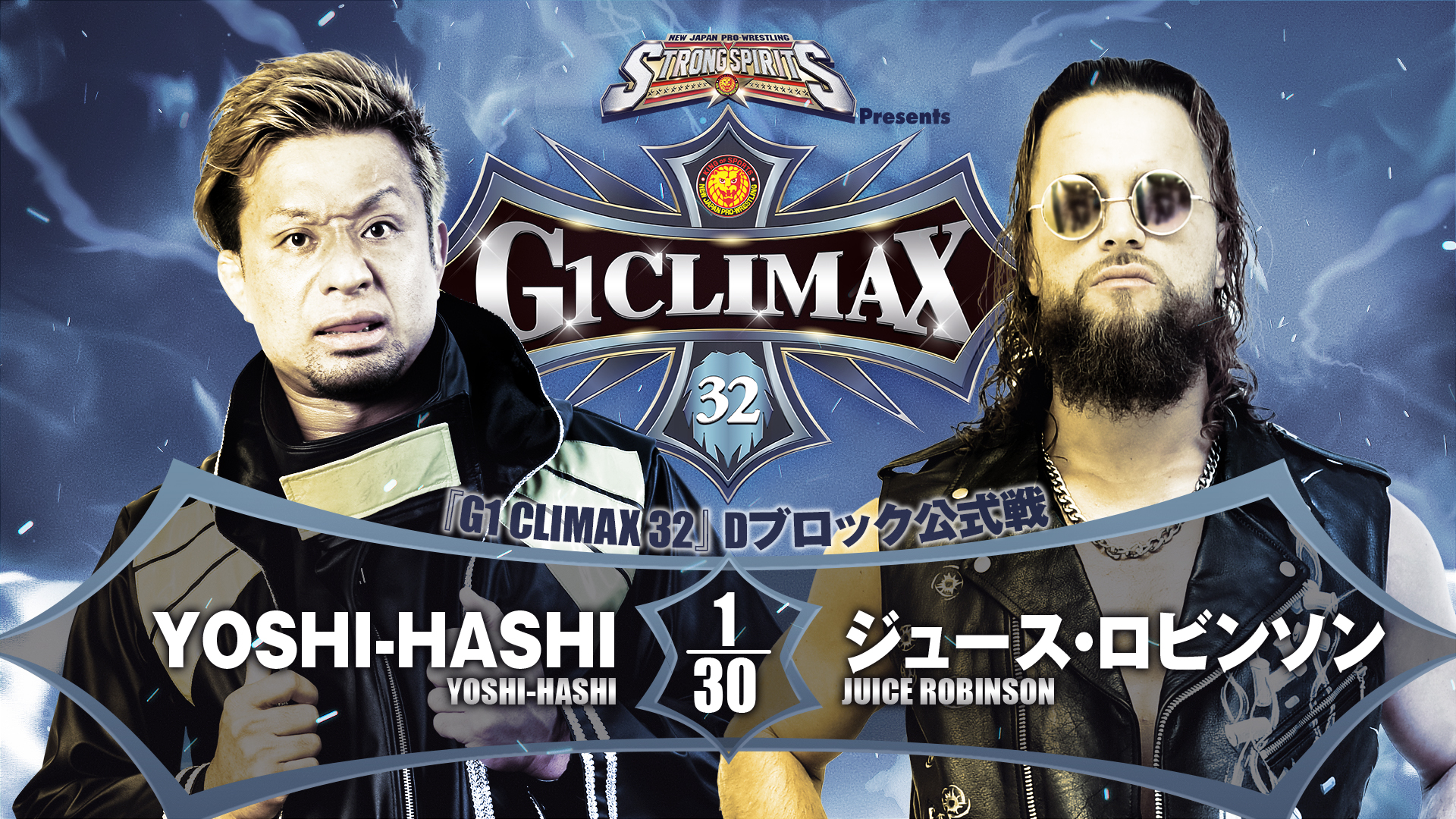 ‘Ichiban sweet boy’ was how Juice Robinson described YOSHI-HASHI after defeating him in G1 Climax 30 two years ago. Since then, Juice’s attitude has turned distinctly sour, and his mood is even fouler ever since David Finlay beat him in Korakuen Hall, sending Juice to 1-1 and relieveing him of the IWGP United States Championship belt. Robinson carries a lot of frustration with him to the ring in Aichi today then; the question will be how he weaponizes said anger. YOSHI-HASHI’s strikes are among the hardest in the game, and despite being 0-1 down, showed Shingo Takagi in Ota every bit of why he’s a threat to every other contender in D Block. Neither man want to take another loss before half distance, but one will have to; who will it be? 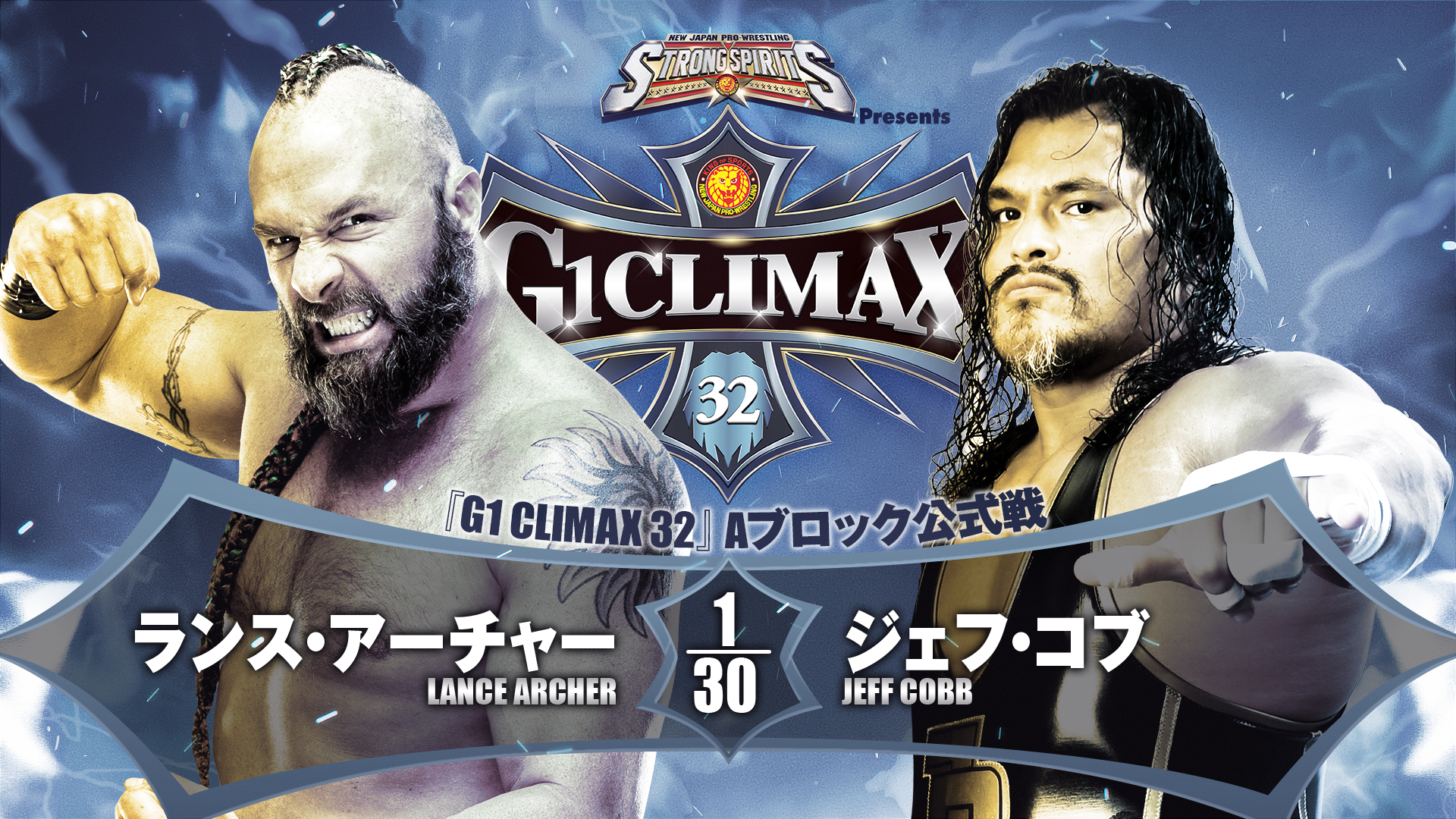 Things don’t get more monstrous than our first tournament match today; as competition grows with five block matches per night from here on out, things will be ultra competitive between Jeff Cobb and Lance Archer. Cobb doesn’t give up anything in size to most men, but was the smaller competitor against Bad Luck Fale, and will be again against Lance Archer. Still, Cobb is always willing to rise up to the task, having sent Fale on a Tour of the Islands in Ota last weekend, and using the same move to beat Archer himself in Atlanta in February 2020. Will history repeat in Aichi today? 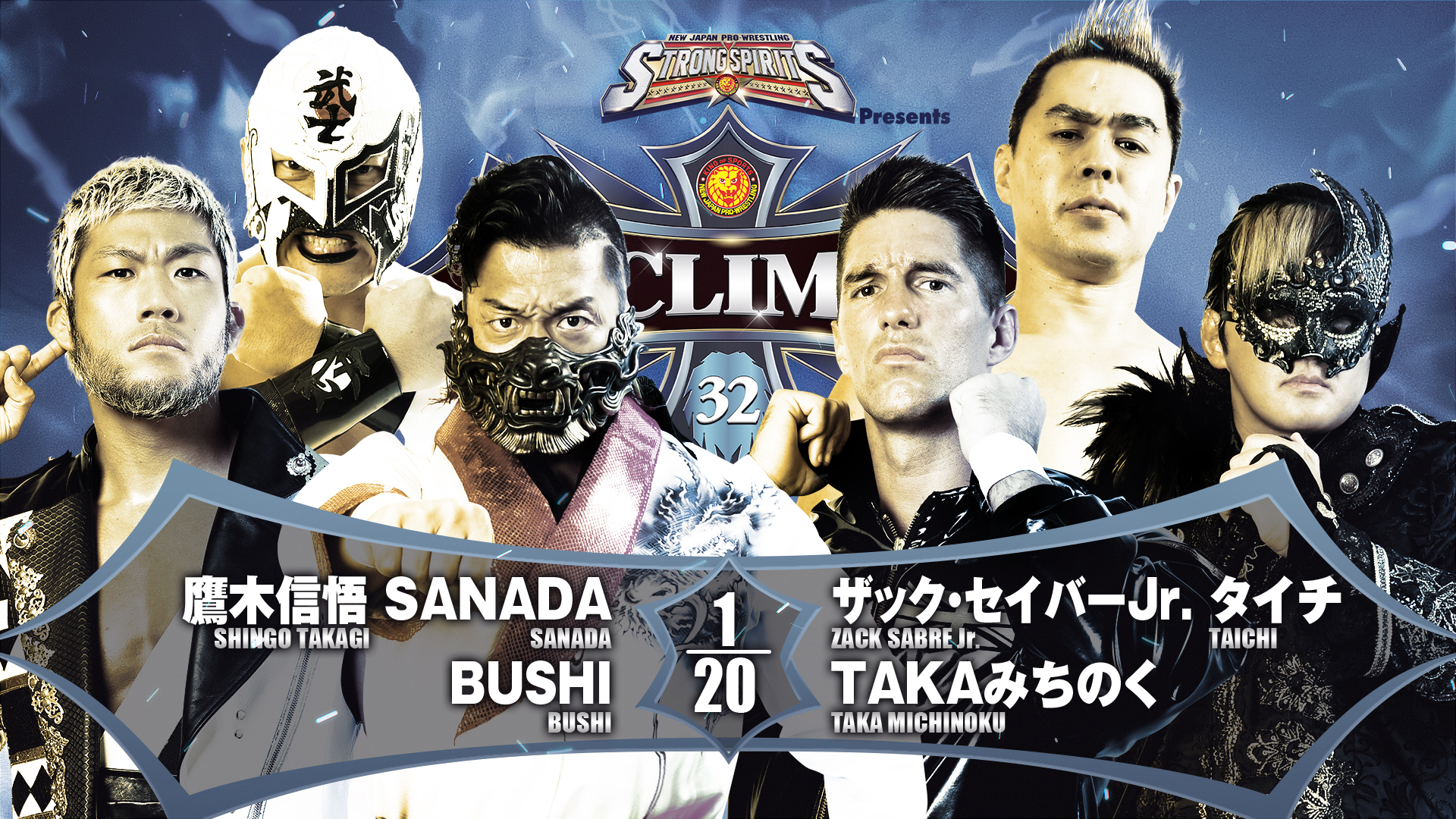 Tag team action will see Suzuki-Gun and LIJ collide before tournament matches kick off this afternoon. While each of Taichi, ZSJ, SANADA and Shingo are in separate blocks, and won’t meet until at least the final four, Suzuki-Gun have been on the losing end of these bouts as of late, and want to make a forceful statement in Aichi. 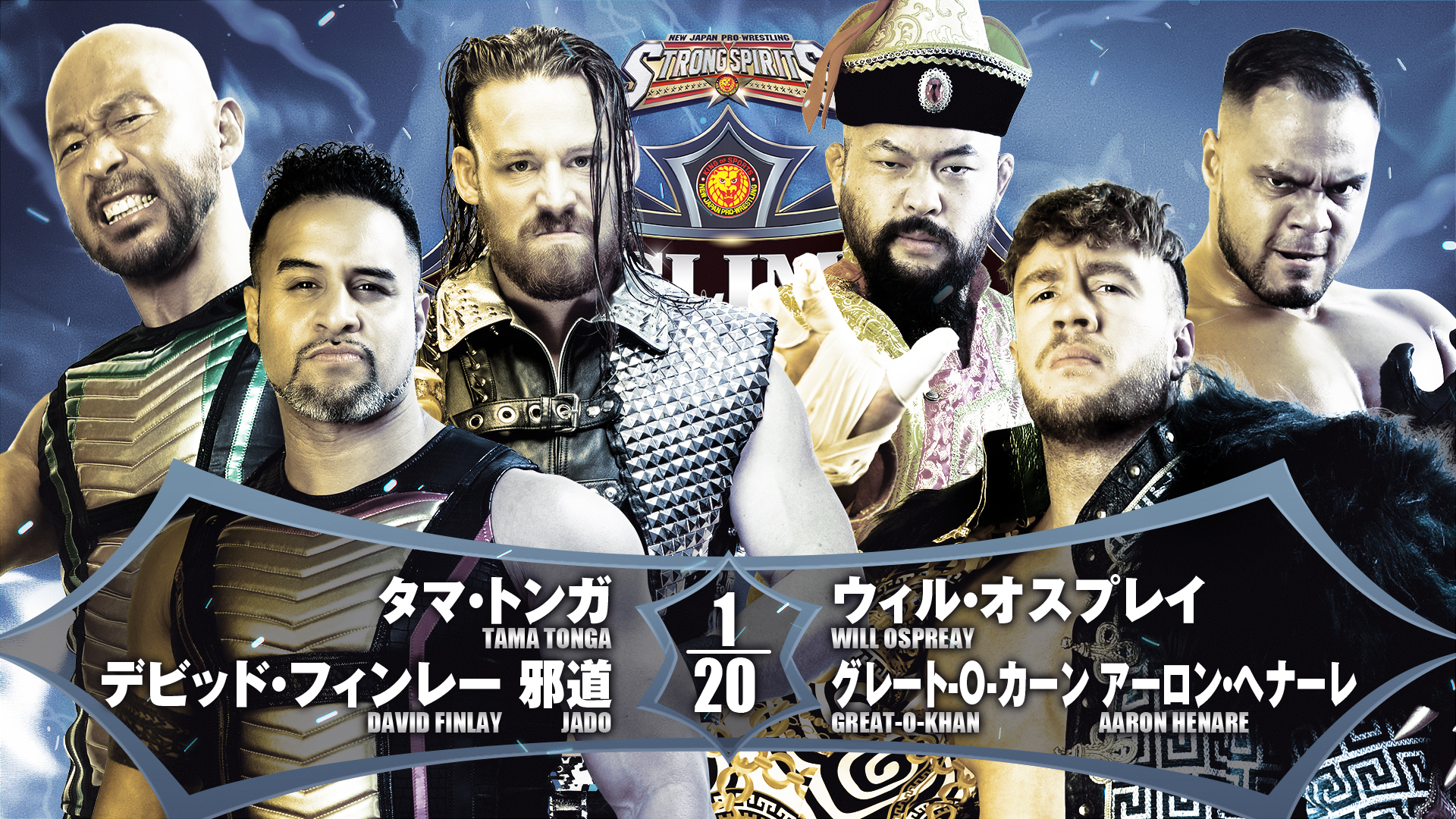 While D Block sees Will Ospreay at the top of the table, fortunes for Aaron Henare and Great-O-Khan have been mixed; O-Khan lost his opening bout with Chase Owens, and Henare has dropped his last two, despite formidable performances. United Empire have been untouchable in team affairs this tour though, and the onus will be on Tonga, Jado and Finlay to overcome, ahead of Finlay and Ospreay’s meeting in the main event in Hamamatsu Tuesday. 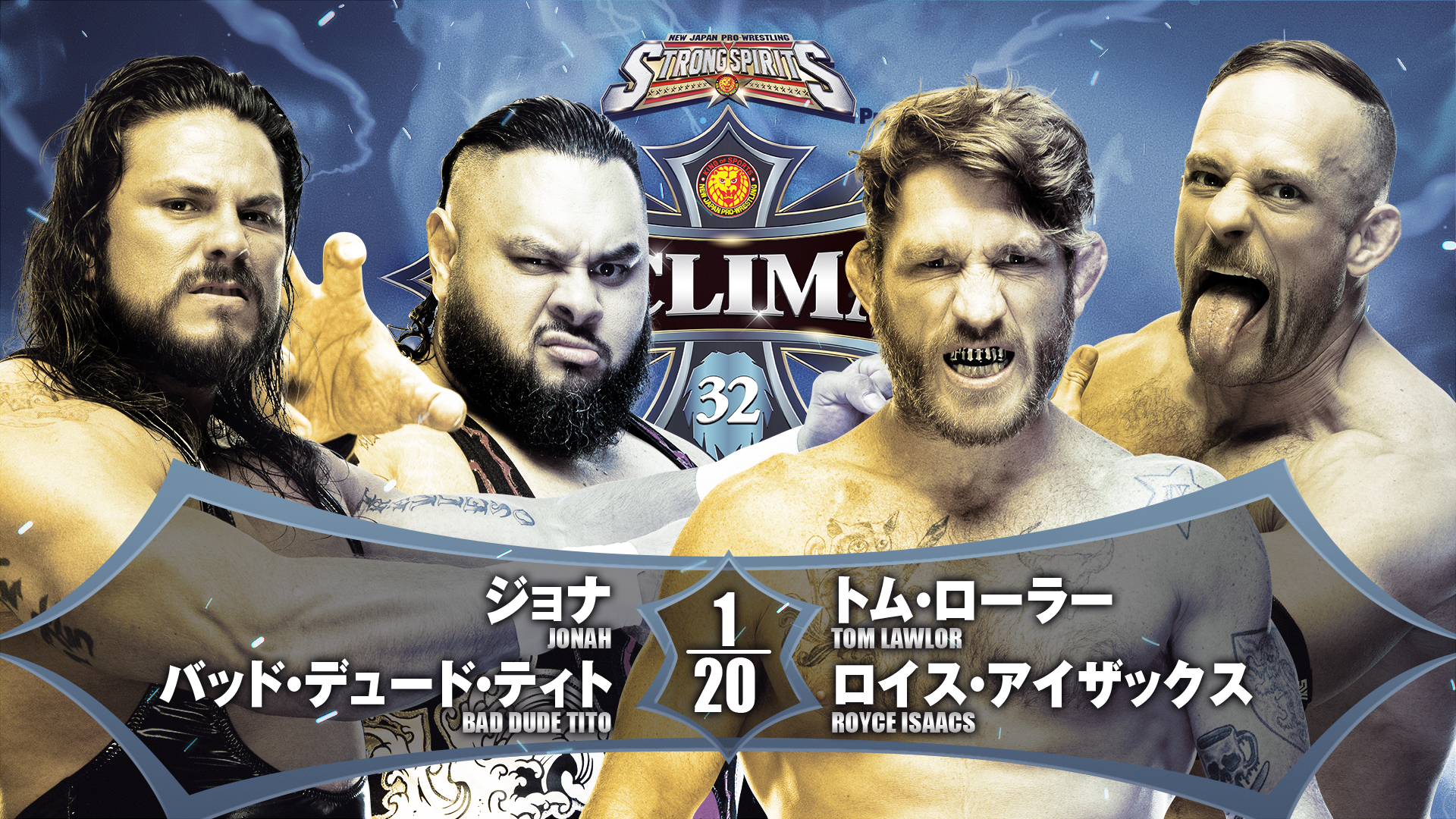 TMDK and Team Filthy have collided several times during the tour so far, trading wins all the way, and will continue to do so today in AIchi even after Lawlor and JONAH’s A Block meeting a day prior. With fallout sure to come from the clash, which team comes out on top? 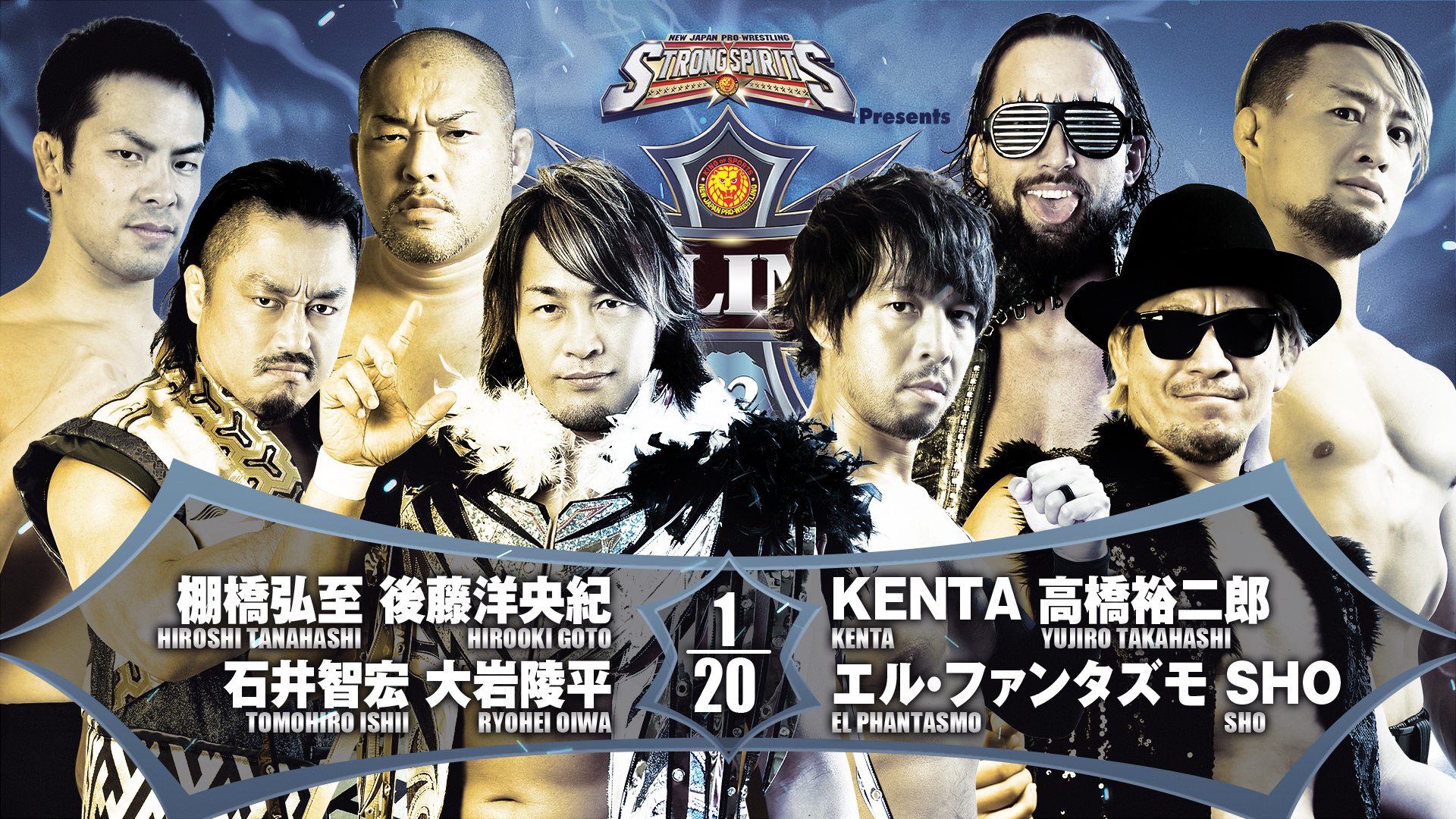 It’s all star action from the opening bell, as BULLET CLUB take on Tanahashi, Goto, Ishii and Oiwa in the first bout of the afternoon. Ryohei Oiwa will be swimming with sharks from the get go today, but can he leave a mark on the BULLET CLUB opposition with some help from his decorated teammates?