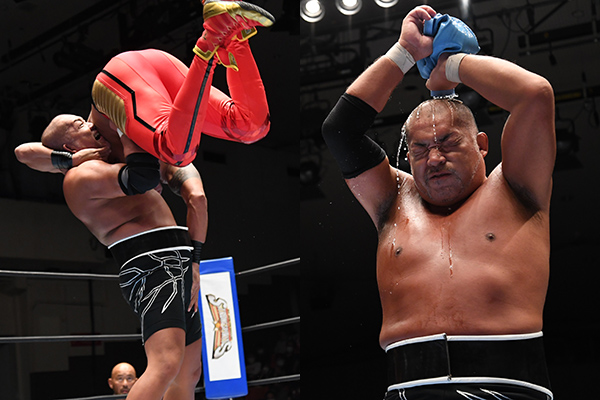 The second of two nights from a packed Korakuen Hall on July 27 saw a lead extended in one block, and leads closed in the others, the tournament of tournaments only growing more competitive as mileage accumulates. 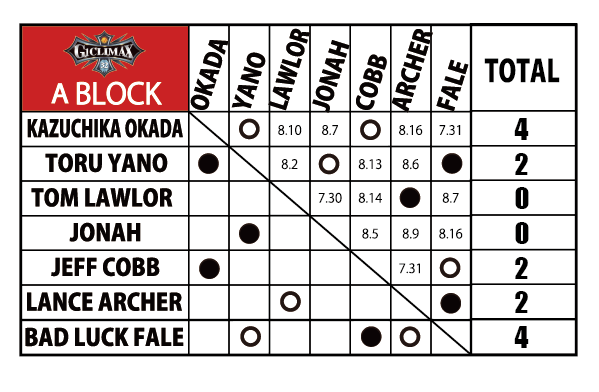 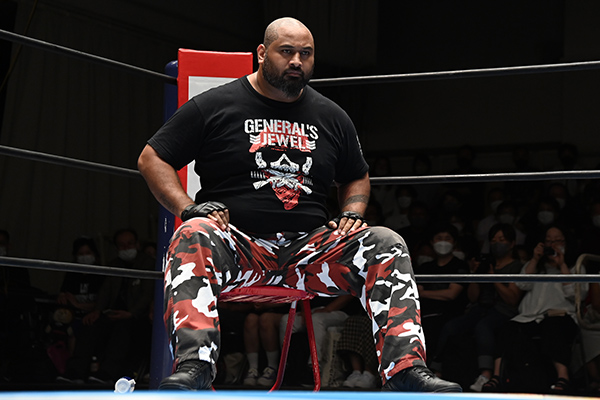 Relatively little mileage was recorded in the A Block match tonight, a hair over five minutes the time on the fall as Bad Luck Fale defeated Toru Yano. Yano tried to coax Fale to the floor with a cunning plan likely in mind, but Fale didn’t take the bait, instead putting the boots to his CHAOS opposition when the mood took him. Yano tried to get the win with a low blow and then the exposed turnbuckle, but it would be Yano the recipient of a steel tipped twist of fate in the corner and a roll up. Fale now improves to four points and second place, one win off the pace of the 2-0 Okada who has a match in hand. 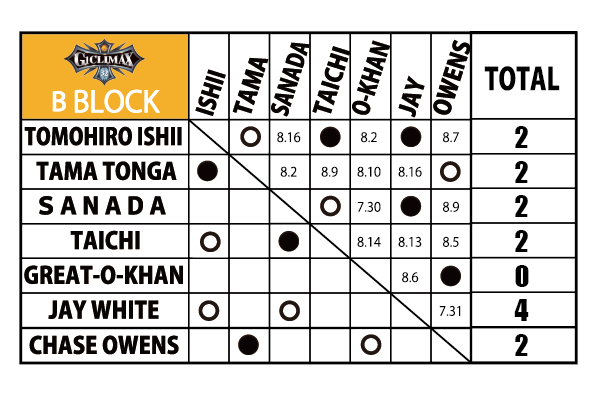 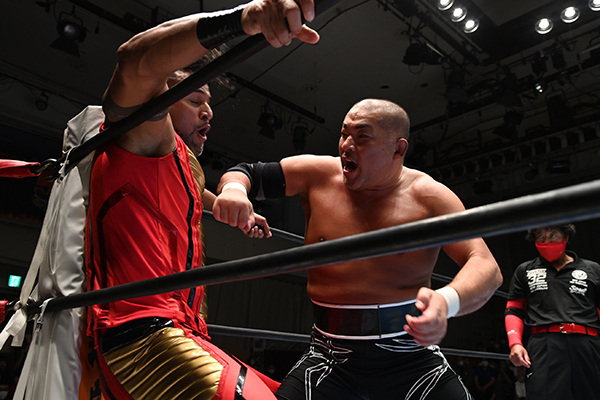 B Block saw an intensely competitive main event between Tomohiro Ishii and Tama Tonga. Looking to join nemesis Switchblade Jay White at four, Tonga was eager to give every bit of the best that Ishii had expected from him, but though he had the speed edge, Ishii was similarly sharp in his split second counters.

A momentary celebration of a Tonga drop kick was enough to put Tama to the mat early. While Tonga pushed Ishii hard off the SRC, Supreme Flow and Villeno that all created big opportunity for Tama, a later attempt at Gunstun saw Ishii react and use all of the Guerrilla’s momentum against him with a backdrop suplex in midair. Meanwhile Tama’s attempts to counter were slightly less successful; Tonga escaped one power mob but was spiked on the second time of asking, and when trying to shift position on a superplex, he instead took the full brunt of the impact. 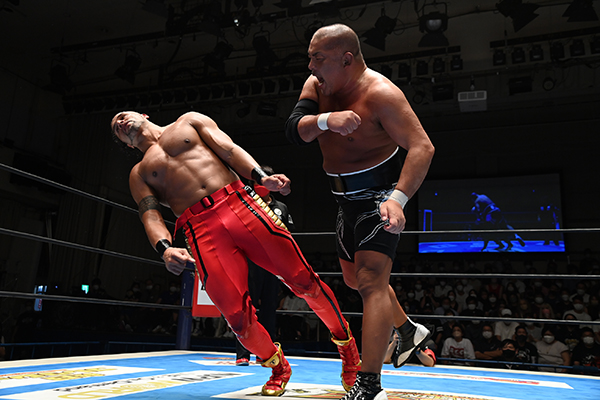 Still Tama had the momentum in his favour, surprising Ishii with his own signature brain buster, but unable to land the decisive blow. Indeed, Tama’s determination to hit the Gunstun was perhaps his undoing, as Ishii was otherwise able to meet lariat with lariat , TKO with TKO and finally the Vertical Drop Brainbuster. Ishii has only just lifted himself off the bottom of B Block, at sixth place and two points after three matches, but reminded the world that he isn’t done yet. 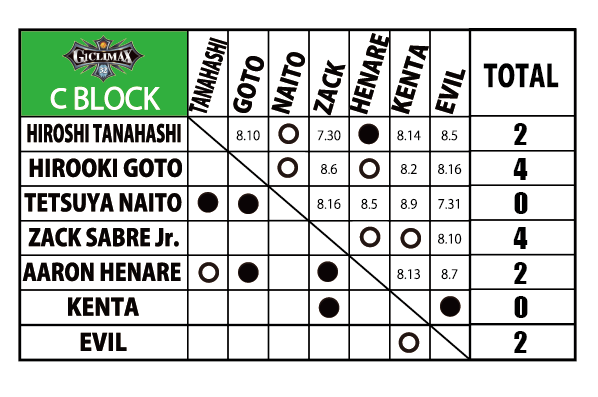 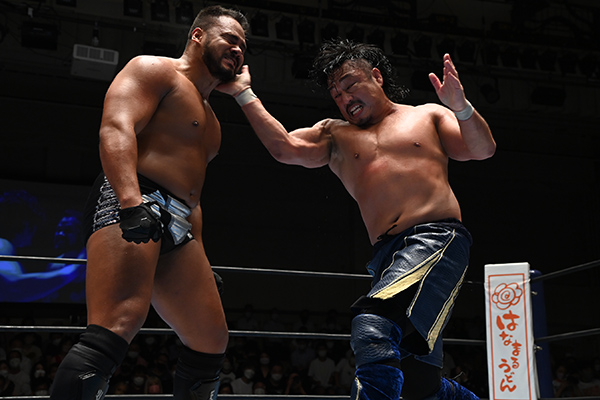 In C Block, Aaron Henare and Hirooki Goto were every bit as hard hitting as the pair that followed them on the night. Henare wanted to stand and throw with Goto, who gladly obliged in the match, which saw hard shots from the outset and was kept inside the ropes for the bulk of the action. 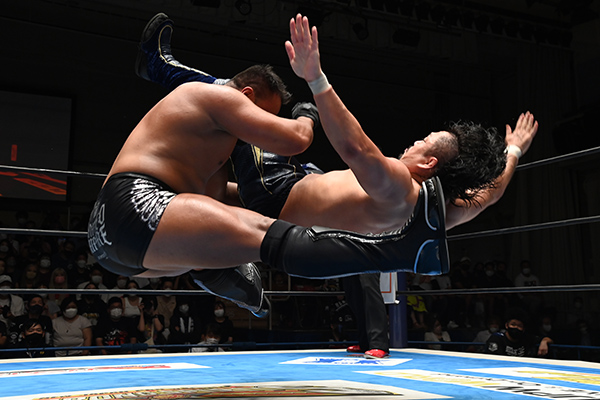 Henare was the first to break from a standup approach and targeted Goto’s Achilles with a heel hook and then transitioned to neck work and the head with Ultimate but Goto fought away. Tag team master shoot would use the corner as his own tag partner as he delivered a one man Shoto, but it wasn’t enough to keep Henare down, nor was a reverse GTR or the GTW, which got a very near fall. 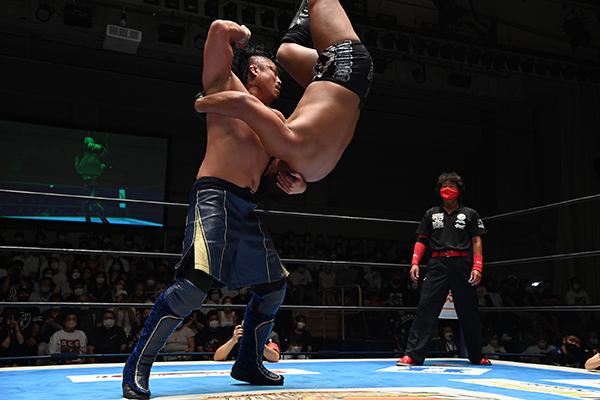 But Henare, close as he came, couldn’t finish Goto either. Getting the full Ultima locked in, he tried for Streets of Rage, but Goto wriggled off the hook; though Henare quickly reacted with a brutal roundhouse kick, the Ultimate Weapon never got as close to the win again. In the end the GTR sealed the deal for Goto, who moved to the top of the table in the block, tied with Zack Sabre Jr at 4 points. 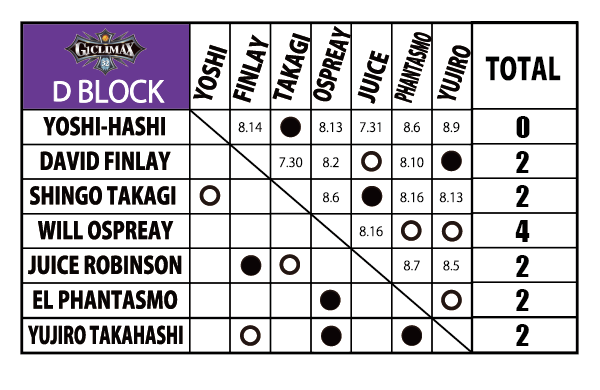 D Block saw Will Ospreay also move to an undefeated four against Yujiro Takahashi. It seemed that under threat of Pieter leaving him for other competition, the presence of his muse sparked the Tokyo Pimp to fight relatively cleanly. With no interference and only a chomp of the hand and punch below the waistline in his repertoire of cheating, Yujiro dictated the pace, and came very close to beating the Commonwealth Kingpin. 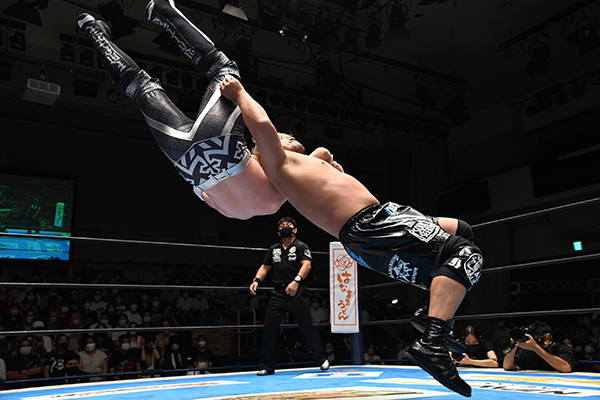 Even as Ospreay mounted a comeback with a flying forearm to the back of the head and a springboard 450, Yujiro was impressive in kicking out, and kept his head, threatening victory with the effective use of head drops. Capitalising with a reverse DDT on the floor early, Yujiro drilled Ospreay with Pimp Juice for two, but did not get the Big Juice follow up. Ospreay would connect with the Hidden Blade pushing Yujiro down to sixth place above only the 0-1 YOSHI-HASHI as the tournament enters its third weekend. 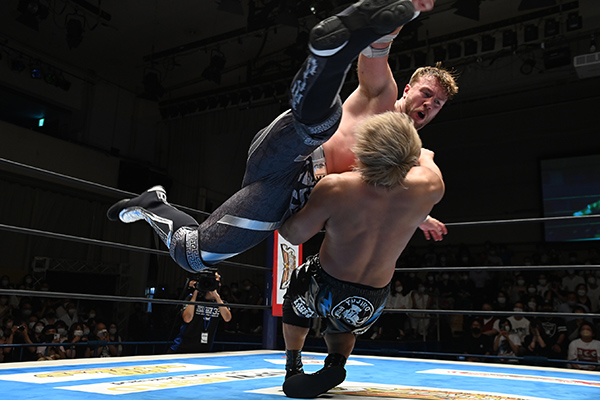