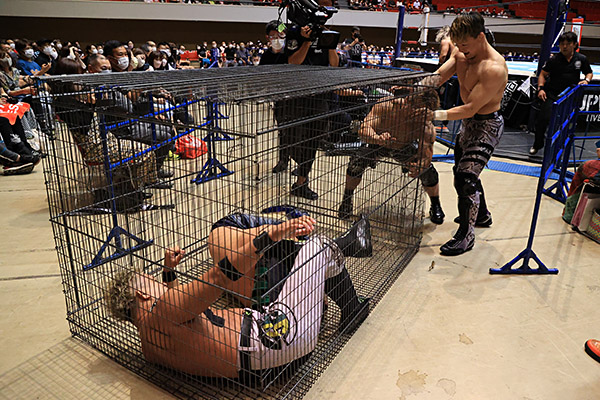 September 23’s penultimate evening on the Burning Spirit tour saw the NEVER Openweight 6 Man Tag Team Championships on the line, the Tornado Dog Cage  Survival Match having been delayed from the prior week in Beppu.

The champion side of Hirooki Goto, YOSHI-HASHI and YOH headed into their bout with EVIL SHO and Yujiro Takahashi with an added rule to the no tag contest- keys for each of the ringside dog cages were on the ring posts, and could be used to release a team mate if they were locked away. That was the position YOH was put in from the outset though, left at an extreme handicap as HOUSE OF TORTURE shut both Goto and YOSHI-HASHI in a cage. 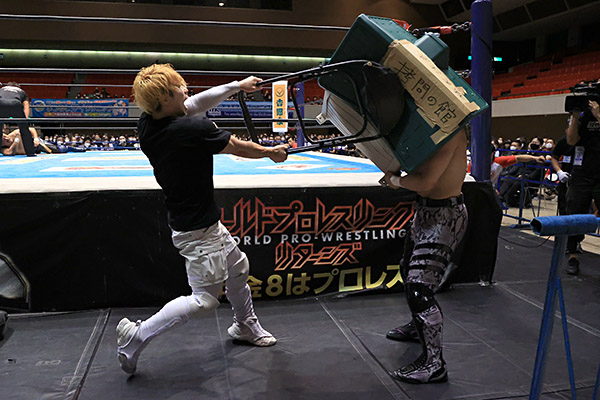 YOH valiantly fought in the face of H.O.T punishment, landing a barrage of Dragon Screws to EVIL and Yujiro before a neckbreaker to SHO gave him enough time to grab a key and release his partners. With the same furious energy, YOH shot SHO into the ringside guardrail before slamming a dog house over his former partners head; still he was unable to lock SHO away, instead being shut inside a separate cage by Yujiro after a Pimp Juice on the floor. 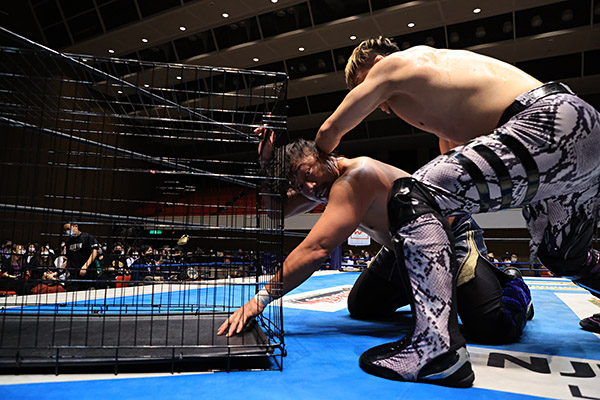 Goto was able to free YOH, but EVIL shut YOSHI-HASHI away, leaving HOUSE OF TORTURE with the numbers edge again. Dick Togo would provide the illegal added advantage before SHO brought another cage into the ring. As Goto took the fight to the floor, EVIL shut Goto in a cage with Yujiro and SHO on the outside, putting YOH at a practical handicap again with EVIL and Dick Togo. 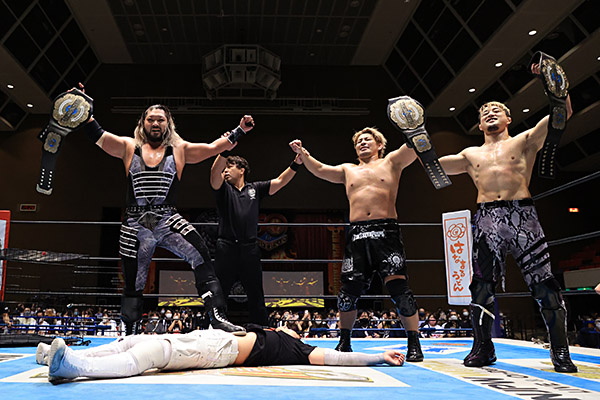 YOH swung for the fences with a lariat to EVIL before striking Togo with an STO. Locking Togo into the in ring cage, YOH then kicked EVIL low and got a nearfall from a Five Star Clutch before a thrust kick, but EVIL escaped Direct Drive and hit EVIL for the victory, new champions being crowned.