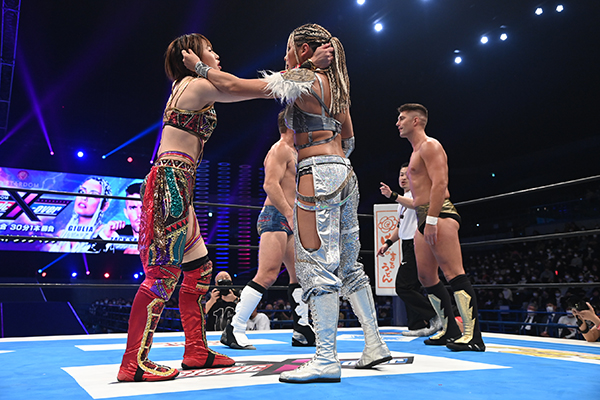 Order the Historic X-Over replay now!
When the mixed tag matches were set for Historic X-Over, pundits were quick to speculate that the mixed rules, where men would only wrestle men and women women, would lead to a difficult situation for referees to officiate, and such was the case through each of the mixed bouts.
First, Tom Lawlor and Syuri faced Zack Sabre Junior and Giulia in a match that quickly spilled to the floor, where the World of STARDOM Champion and her partner sprinted down the aisle to deliver a pair of punts to their opposition. 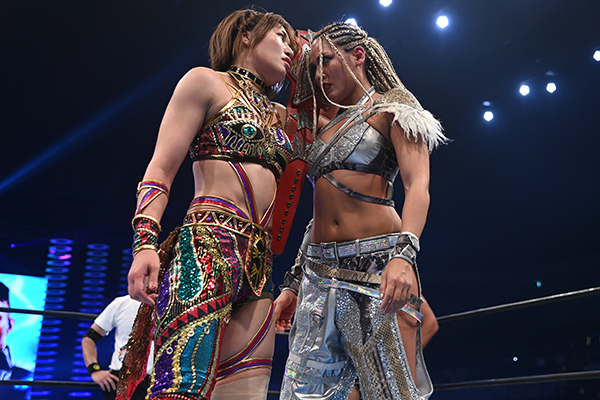 When Syuri and Giulia started laying in some stuff shots, Lawlor attempted to intervene, only to be taken down by both women, the former Goddesses of STARDOM Champions letting nothing getting in between a brutal battle. Ultimately, Sabre would catch Lawlor with a European Clutch, while Giulia and Syuri were more focused on tearing one another apart at ringside ahead of their December 29 Dream Queendom showdown. 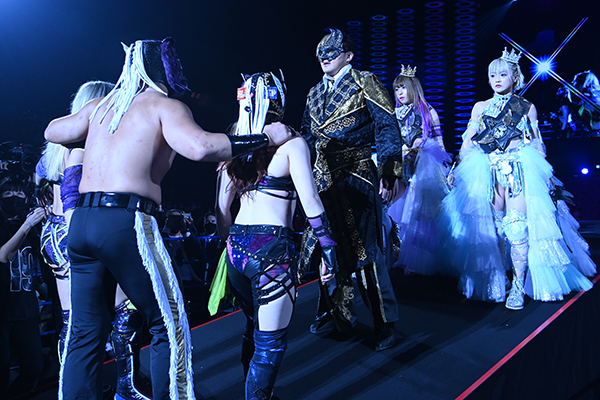 An eight person mixed bout saw Taichi and Yoshinobu Kanemaru team with current Goddesses Champions Tam Nakano and Natsupoi; opposite were El Desperado, DOUKI and the Black Desire team of Momo Watanabe and Starlight Kid. The Oedo Tai contingent were quick to interject in a song and dance entrance for Meltear before Natsupoi and Starlight Kid resumed a high speed rivalry to start the bout.
After Desperado reluctantly allowed the rules for the mixed tag to be followed, as Natsupoi tagged out to Kanemaru, it was Black Desire, and all the women of Oedo Tai putting the boots to the Heel Master. 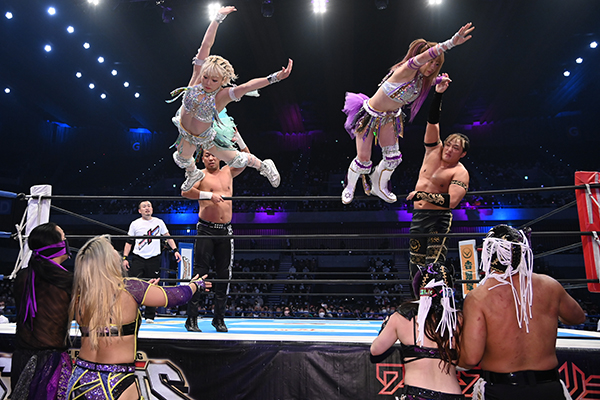 Turning the tables, Meltear combined with Taichi and Kanemaru for the Love X Over plancha. After a trio of submissions for DOUKI, SLK and Desperado threatened victory; quick thinking saw Natsupoi low bridge Desperado, but Watanabe would swing the match back to Oedo Tai with her ever present bat. 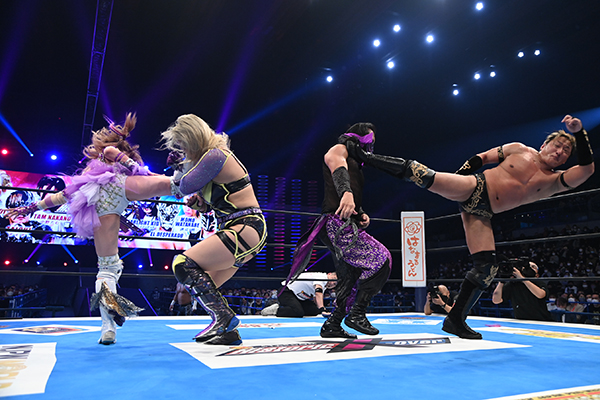 A home run swing would backfire however, as Kanemaru and Natsupoi used the Faerial Mist to spit whiskey into the eyes of Momo. As Taichi and Tam re-entered the fray, the dual superkick known as Taking Love Back rang off DOUKI and Momo before Black Mephisto gave Taichi the pin. 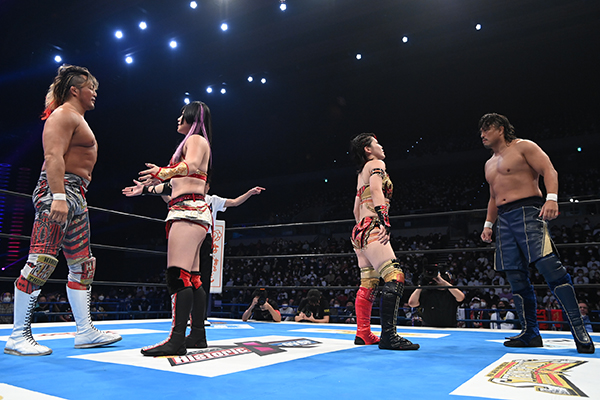 Not even the usually just Hiroshi Tanahashi and Hirooki Goto were above bending the mixed tag rules. Tanahashi would join Utami Hayashishita in putting the belts to Maika, but the DDM member’s raw power would see violent suplexes and a tag to Goto. 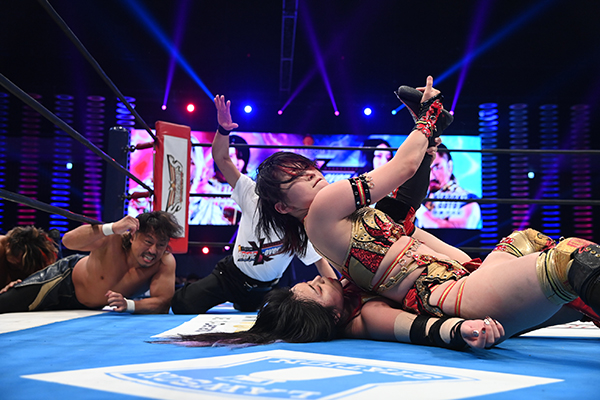 Hayashishita and Maika traded power for power with one another and their male opposition; Hayashishita hit a Slingblade to Goto before an incredible back suplex from Maika struck Tanahashi. She was still the legal woman against Utami however, who would hit the Hijack Bomb to bring about the finish. Tanahashi and Hayashishita gave the fans in Ariake a little air guitar concert to end what was certainly a rock and roll trio of bouts on the card. 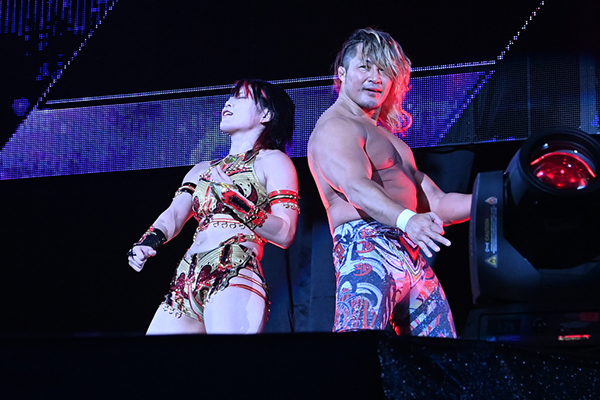