The representatives met with Hase with the goal of presenting a request for Coronavirus testing kits for wrestlers and staff in the industry, as well as support to cover pay for wrestlers as events have cancelled under Japan’s current state of emergency in reaction to the virus. Said Kidani: ‘This formal proposal has my name signed at the bottom, but the issues covered are ones that affect the entire professional wrestling industry as well as all of sports and live entertainment. I hope that it will be accepted as such.’

‘The current Novel Coronavirus pandemic has seriously affected the entire professional wrestling industry, including but not limited to Bushiroad Group members New Japan Pro-Wrestling and STARDOM.

Professional wrestling is a contact sport, and even matches without the public present is a dangerous undertaking in the current climate. We can not allow the flame of professional wrestling that has burned brightly in this country for over half a century to be exterminated.

While we understand that top priority for medical supplies must go to those in centers on the front lines of battling this disease, if at all possible, we request that kits may be supplied to test and protect wrestlers and staff within the industry.

Not only the wrestlers under contract in our group of companies, but those in the industry at large are designated as contractors whose livelihood is therefore threatened by not being able to perform in the current climate. We ask that contracted wrestlers be met with benefits and protections befitting of full time employees. ‘ 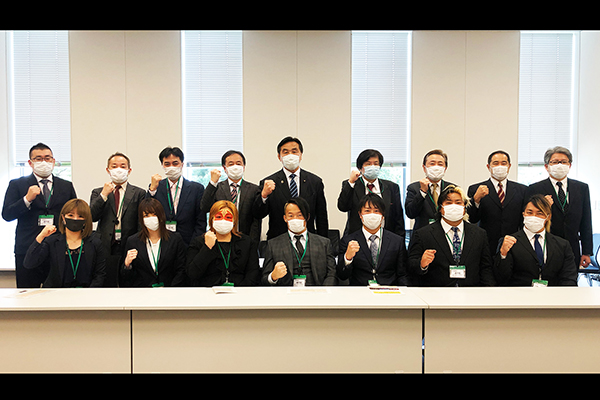 Mr. Hase received Kidani’s proposal and listened to his explanations with great interest before seeking the opinion of the wrestlers present.

‘While events have been cancelled, our wrestlers have been training diligently and maintaining their focus for an eventual return. Yes, not being able to wrestle does make a lot of us concerned for our livelihoods, but in the world of sports, be that baseball, soccer, or sumo, I feel that professional wrestling should be the anchor. I think it should be acceptable for professional wrestling to be the last sport to return to full activity. I want people to know that when professional wrestling is back, then and only then it means truly that Japanese entertainment has properly recovered.’

‘On a personal note, on February 19, I was scheduled to have a birthday party event, which was cancelled. On March 8, we streamed a live event with no fans in Korakuen Hall, but since then there have been cancellations after cancellations. We list our occupations as professional wrestlers, but to not have matches is, of course, incredibly frustrating. If we have access to testing kits for wrestlers and staff, it can put minds at ease and help us return to active duty. Rather than sitting and waiting for an unclear point in the future, to be able to take some kind of action like we’re doing today is something I’m extremely grateful for. I hope this can help the entire industry come back strong.’

There followed an explanation from a representative from the government’s sporting body about how various sports have attempted to combat the spread of COVID-19 through the use of temperature checks and hand sanitizers at venues, as well as a fundraising system whereby ticket refunds can be given back to organizations as a tax deductible donation. Finally, Hase himself delivered a statement.

‘Thank you to the representatives of the professional wrestling industry for sharing their plight, as well as to for the explanations from official bodies today. There are measures we can enact to assist enterprises, promotions and wrestlers during these times, and I would like to continue to discuss them further. This situation will not last forever. Speedy and accurate testing, effective treatment and medicinal development are all things the whole world is working together on. Professional wrestling has a huge and very important role in raising the flag of victory over COVID-19. I ask all staff members and all wrestlers to keep working to be in the best shape possible to spread joy to the fans with incredible matches very soon.’

Takaaki Kidani stated after the session ‘This was a big first step not just for professional wrestling, but for live entertainment at large. The goal of being fully active again is still some distance away, but today we were able to discuss various methods of support, and I am absolutely glad I was able to present this proposal.’ 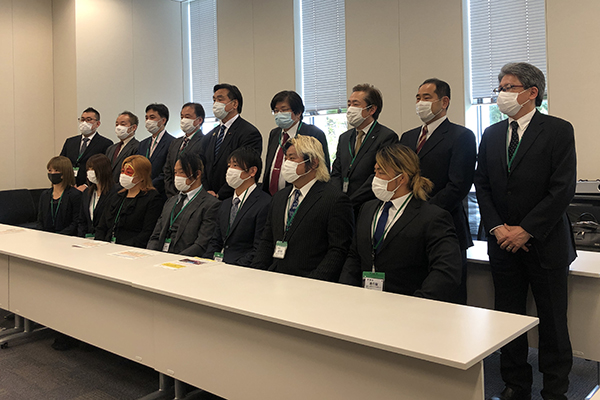 Sports Board, Ministry of Economy Trade and Industry Representative (unnamed)