Shingo Takagi continues to take fan questions in the second part of our crowd sourced interview. 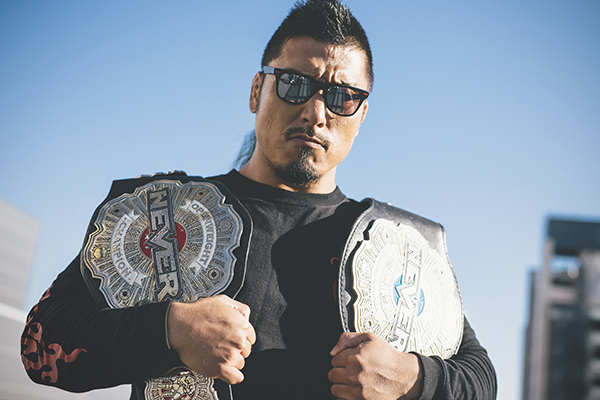 In Fans Bring the Questions Match, the public get the chance to put questions to the biggest names in NJPW. Here, the NEVER Openweight Champion is back in the hotseat! 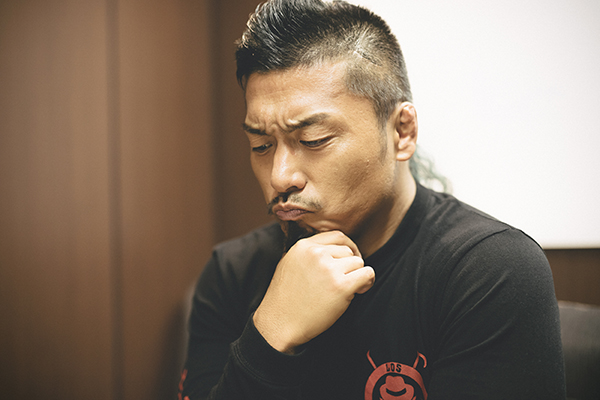 Who in LIJ would you most like to face one on one?

Takagi: EVIL and I have a similar style, so comparisons are always going to be there. We got into it a little bit during World Tag League, and I thought I’d like for us to do more. I had a pretty positive February, taking the NEVER title on February 1 and winning in my first defence, but he lost in Sapporo. He’s backed up against the wall a little bit, perhaps, but wins and losses aside, I’d like to just wrestle him.

–That’s the match you want most?

Takagi: Right. I think maybe he’s a little too hung up on his win:loss record. That’s important obviously, but I think if he faced me, he would get fired up with a different motivation.

–You’d have no problem wrestling another LIJ member?

Takagi: I felt the same way in World Tag League, be it EVIL or SANADA, the time would have to come, and I knew we would be opposite each other. That time comes and there’d be no hesitation at all, friends or not. When the bell rings, it’s all business.

Do you talk much with EVIL and SANADA?

Takagi: Sometimes, but not a lot. They don’t initiate conversation much…

If you had to, who from LIJ would you date?

Oh jeez. I guess it would be Hiromu, simply because there’s a lot of things I don’t know about him. The other members, I’ve known them for a while, and I know their quirks, good and bad. With Hiromu, I think I’d have a clean slate.

Were you ever jealous of Naito in your Animal Hamaguchi Gym days?

I’d say I was always conscious of him, but not excessively so. I was just very hungry and very focused on what I was doing, so we weren’t much more than cordial. But I did feel there was a little bit of competition because we both wanted to debut first.

How did Tetsuya Naito first approach you to join LIJ?

Takagi: Funny thing is, we never really talked about the details. It was mostly texts. ‘Can you be at Ryogoku?’ Like that.

I think the timing just worked out on both ends. LIJ needed reinforcements when Hiromu had his injury, and I’d just turned 35 and thought that I wanted to take some time to make waves in the larger wrestling world.

–So you both had the same idea at the same time.

Takagi: Right. Maybe you could call it destiny, maybe everything would have been different if Hiromu hadn’t gotten hurt. That said though, I’d sworn ten years earlier in Hamaguchi’s Gym that I would have a match with Tetsuya Naito. Even now, we’ve only done it once. I need revenge. 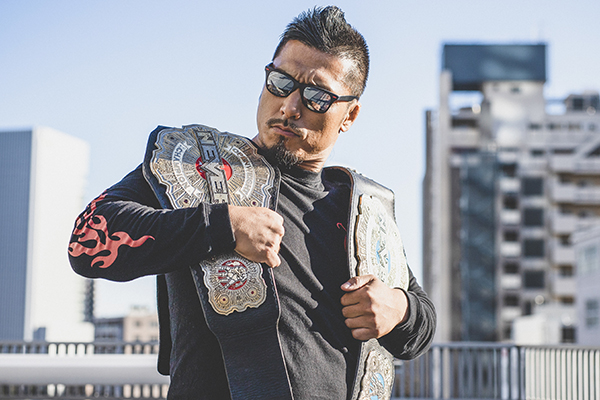 Takagi: Not really, once you get in the ring, everything is pretty much the same. I’d been in the business 14 years before I came in, so I’m used to wrestling all types, all sizes, Japanese, foreign, whatever. I mean, when I first came in at King of Pro Wrestling in 2018, as the new LIJ member, I was hiding out backstage until the time came. I didn’t warm up or anything like that. The first time I stepped in the ring was seconds before the match started, so I just had to rely on all that experience and wrestle like a wrestler.

–So it wasn’t difficult getting used to touring with NJPW?

Takagi: Not at all. I’ve never had a problem being on the road. It’s hard to really define the word ‘indie’ these days, but coming into a big company like NJPW, a small company, indie starting point hardens you. I feel here I can really concentrate on my matches much more easily.

What are your long haul travel necessities?

Takagi: One thing I do if we’re travelling long distances is take a Shinkansen or fly just to make things as easy as possible on the body. As for essential travel gear, I need to have my earphones.

–Does everyone in LIJ mainly stick to themselves when you’re on the road together?

Takagi: Mostly, yeah. When we first leave we might chat a bit, but we kind of keep to ourselves when we hit the freeways. One thing we do all have in common though is we all like coffee, so we’ll all hit the Starbucks when we get to the service area, stuff like that.

Talk about how you prepare your hair and your ring gear.

Takagi: Well, nobody tends to use the word ‘befitting’ these days, but I like it. I think it’s important to have a look that’s distinctly Japanese, distinctly masculine, distinctly pro-wrestler. I’ve had similar hair for 15 years now because I thought it was a befitting look for a wrestler. My mom hates it though. She keeps saying ‘you’ll be 40 before too long, you know!’ (laughs)

–It is a distinctive look.

Takagi: Well, sometimes we might hit a town once a year, and if a guy changes their hair all the time, how are the fans there going to remember them? Plus, I think it ties to my own emotion in the ring. I’ve gotten down in the dumps before and cut the back off, but it just wasn’t the same in the ring then. And as much as I might think it’s a pin in the ass to have that hair fall in your face while you’re sweating, it is a sign to me that I’m working hard doing this thing I love, and that’s cool.

From ‘Becoming One in a Century’

How much maintenance does your hair need?

Takagi: Well, the sides grow in really fast, so this needs doing about once a week.

Do you come up with all the cool designs shaved into your hair?

Recently I’ve been keeping things simple, but when I get fired up and inspired, that’s when I’ll get those designs in there. I want to make sure it all looks right though, so I do talk to a professional.

Are you planning to dye your hair a different colour anytime soon?

Takagi: I tend to think the same red and black color scheme is important to me. That was my look when I debuted. I wear red boots, and I tend to accessorize with red and black things. I don’t think I’ll be changing much from there, but I do like yellow.

Takagi: It brings the sun to mind, sunflowers. I’m all about Dragon Spirit, and Genichiro Tenryu always used to wear yellow and black. Plus, the Gold’s Gym logo is yellow.

Are you ever planning to sell the half dragon masks you wear to the ring?

Takagi: Well, the real deal is pretty expensive. That said, I know masks are in short supply at the moment, so it might be cool to have some replicas made. It might look pretty shady walking round outside with them on, but I know if we made ’em, I would wear one.

From ‘Becoming One in a Century’

What do you think about being called Gian?

(Translation note: Gian is a big bullying character in popular Japanese cartoon ‘Doraemon’. Before last year’s Best of the Super Juniors, Taiji Ishimori referred to Takagi as Gian, suggesting he was the big, hulking bully of the junior division at the time)

–When did this all start?

Takagi: Actually, I used to get called it all the time when I was in school. Then when I joined my former promotion, Milano Collection AT said I looked just like Gian, even before we’d even been introduced or talked! I guess it just comes natural. I can’t hide it.

–So it goes back some way!

Takagi: I’d play it down if I was just a normal member of society, but when I decided to get in the business, all that changed. In a business full of strange dudes, I’m a strange dude!

–How does it make you feel, honestly?

Takagi: I just don’t have a comeback for it. Even if I said to Milano ‘hey, what the hell?’ when Ishimori said it, there was no coming back then. It does mean I get slapped back a little too easy though. Like when I took Goto’s GTR and put my twist on it, I called it the ‘Great Takagi Revolution’, and Milano turned it into ‘Giant Takagi is Ridiculous'(laughs) 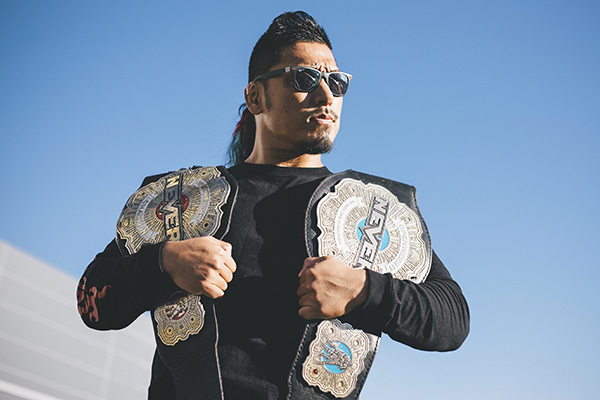