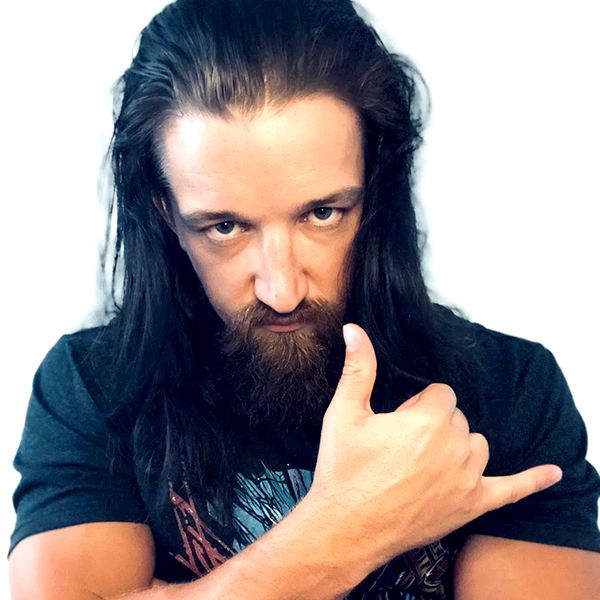 Of the important figures absent from NJPW action in its restart this week as they watched on from overseas, Jay White has to be the most notable. Days before NJPW action returned, we sat down with the Switchblade for his thoughts on the return to action in his absence, as well as how BULLET CLUB has evolved in his presence. 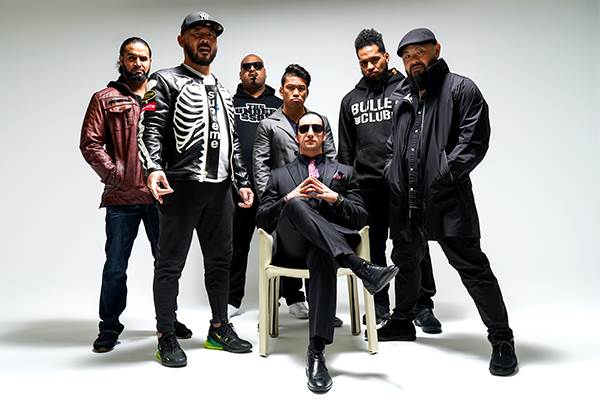 –We recently marked BULLET CLUB’s seventh anniversary in May.

–It’s remarkable to think that from your debut to becoming a main event player in NJPW, BULLET CLUB has always been part of the fabric of NJPW. When you did debut in 2015, did you think the group would still be around all these years later?

Jay: Of course. It’s the biggest thing in wrestling, it wasn’t going anywhere. We’ve proven again and again that there might be highs and lows along the way, but it never dies and it was never going to.

–When you started out, did you see yourself joining BULLET CLUB one day?

Jay: I don’t think I predicted being at the front of the group, but it was almost determined from the start would be a part of the group. Connections I had to (Prince) Devitt and (Bad Luck) Fale are what brought me into NJPW in the very first place. There’s too many roots that were planted in me from the start, I think.

–Even when you were in the ring as a Young Lion, tagging against BULLET CLUB members, did you feel that one day you would be stood in the opposite corner?

Jay: When you’re a Young Lion, you’ve got so much to think of. There’s a role you have to fill, there are jobs and chores backstage, you have to work you’re a** off. You’re taking that all one step at a time, and just doing what’s in front of you.

–So it wasn’t in the front of your mind.

Jay: No, I wouldn’t say so. It was just destined to happen one day.

–You went on excursion in summer 2016, just as BULLET CLUB was transitioning. AJ Styles had left in January, and Kenny Omega had taken over the role as leader.

Jay: There was a lot of intrigue over what was happening at the time I think, with Kenny being thrust in a role he hadn’t been in before. Some people liked it in the end, and some hated it. Me, I had my own things to worry about.

Who I was surrounded by wasn’t important. Doing what I could do to further myself was. 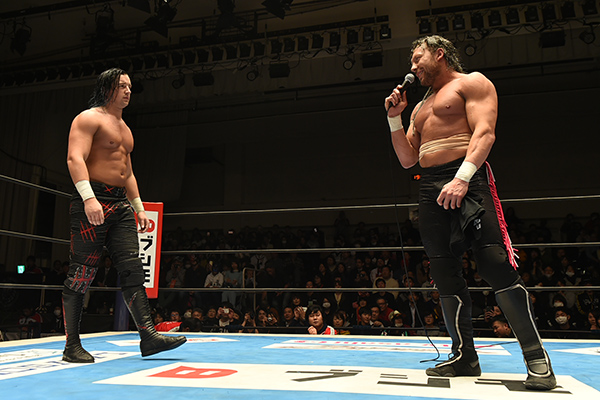 –When you did come back from excursion, after wrestling Hiroshi Tanahashi at Wrestle Kingdom 12, Omega invited you to join BULLET CLUB, but you rejected that invitation and joined CHAOS instead.

Jay: Why do you think that was?

–The next month at New Beginning, you beat him for the IWGP United States Championship.

–So there wasn’t a long plan in place to join BULLET CLUB.

Jay: No, not at all. See, I like to adapt to a situation and change plans accordingly. 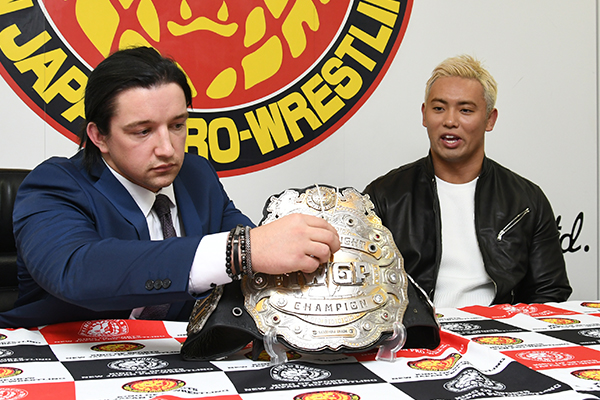 Jay: Remember that press conference, back in January 2018?

–When you joined CHAOS. There were tensions even then between you and Kazuchika Okada.

Jay: Yeah. I said that one day I’d be coming for him and his title, and do you remember what he said? He said I was beneath him, I wasn’t on his level. Maybe if he hadn’t said that, we’d still be buddies today. But he said what he said, and he created a lot of pain and misfortune for himself in the process.

–He made himself a target?

Jay: Exactly. That’s what became my focus, and that’s what created opportunities with Gedo, and joining BULLET CLUB later that year.

Gedo knows where the money and success is. He’s proven that time and time again.

–So was joining with Gedo all a way to get to Okada, or was there more to it than that?

Jay: Yes it was a way to get to Okada, but more importantly it was for myself. And for Gedo, too. That working relationship benefits the both of us. He’s a smart man, he knows where the money and success is, and that’s something that he’s proven again and again.

–He’s certainly got a wealth of experience. What’s the biggest thing that he’s taught you over the last year and a half?

Jay: I’d say the biggest thing he’s taught me is that there’s so many more ways, so many more opportunities to get the upper hand in a match than most wrestlers are aware of. A lot of wrestlers are stupid. They’ll stand and throw strikes and try and outlast the other guy, but you can get the upper hand without having to get hit over the head and try to hit back harder.

–So you’d say Gedo has helped you wrestle smarter.

Jay: I mean, I’m smart. I can figure out a lot by myself. But he has 30 plus years of experience. It would be ignorant to think I know more than him. He’s really helped me pick those spots where they come.

As soon as everyone realised we were on the same page, it all clicked pretty quickly 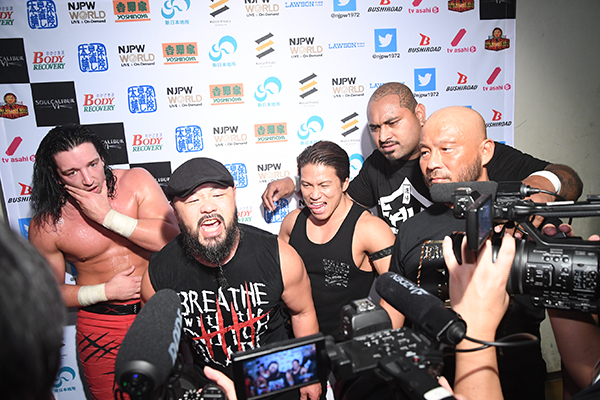 –You, Jado and Gedo came into BULLET CLUB in the middle of a turbulent year for the group. Did you feel any tension when you joined?

Jay: I think that tension is only natural at first, that’s to be expected from at least some people.

–Bad Luck Fale told us he was always sure you would fit right in, but Tama Tonga said he wasn’t sure, initially.

Jay: It’s a teething period, I guess you could call it. But as soon as everybody knew we were on the same page, it all clicked pretty quickly. Certainly I was much easier to get along with than guys like Kenny, after they’d been fighting for the best part of a year. Tama’s a smart guy himself, he knows a guy who can be a good team player when he sees one.

–Since you came into BULLET CLUB, we’ve seen El Phantasmo and KENTA come into the group as well.

–Sometimes over the years, there have been members that didn’t necessarily fit into the group in the long run, but ELP and KENTA seem completely natural matches for BULLET CLUB. How do you assess their transitions?

Jay: Well, think about it for a second. All of those guys that didn’t work were brought in before I was there to help with those decisions. ELP and KENTA came in, and I was there, Jado and Gedo were there to scout these guys and make decisions. Just the wealth of experience Jado and Gedo have alone is enough to know they’ll always make the right decisions for the club. KENTA and ELP couldn’t fit in any better. 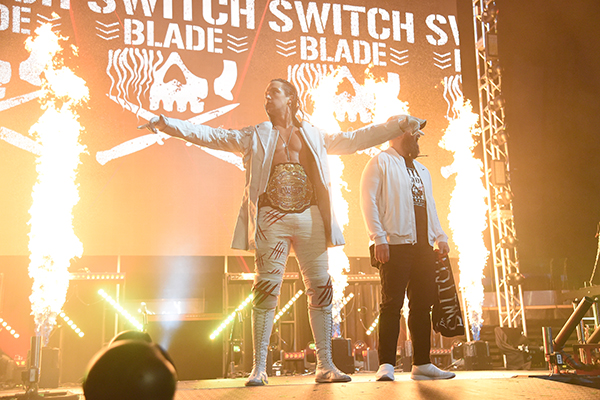 –As we steadily come back to running NJPW matches, unfortunately one event that’s been postponed to 2021 is Wrestle Dynasty.

Jay: In Madison Square Garden, I know it well.

–You claim you sold out that building single handedly for G1 Supercard last year.

Jay: No, not ‘claim’. I did sell out Madison Square Garden completely single handedly.

–Be that as it may, where do you see yourself when Wrestle Dynasty does take place in MSG in 2021?

Jay: Is that it? You’re out of questions, so you’re going to end this interview with this softball? It’s easy. I will be in the main event.

–And who would be opposite you?

Jay: Well, if I don’t have the belts yet for some reason, it’ll be whoever’s champion. Maybe that’s Naito, who knows? Hey, maybe Ryusuke Taguchi will get lucky and get a shot opposite me in the main event. But whoever it is in the main event, it’ll be good for business all around. I will sell out the building again, and my opponent will be raising their celebrity status and fame and fortune just by being in the same ring as me.