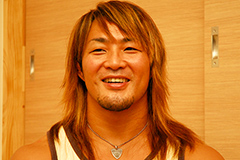 –So last time we talked about your debut match on October 10, 1999 in Korakuen Hall. Were your family there to support you?

Tanahashi: They did, yeah. Altogether I had about 10,20 people come to cheer me on from Gifu, and then a group of my college friends.

–Did you speak with your parents after the match?

Tanahashi: I think we chatted a little bit after the match and took a quick photo before they left. I can’t really remember, but I think they congratulated me, that kinda thing. I was just really happy; I might have lost the match, sure, but I felt like ‘OK, starting today I’m finally a pro-wrestler’.

–It was the culmination of a lot of effort. I hear that wrestlers have to and greet all their senpai once they have their debut match?

Tanahashi: Yeah, I did that. It’s a long held tradition; you don’t just go to all the other wrestlers, but all the staff as well, and say ‘thanks to your help, I’ve been able to make my debut’. 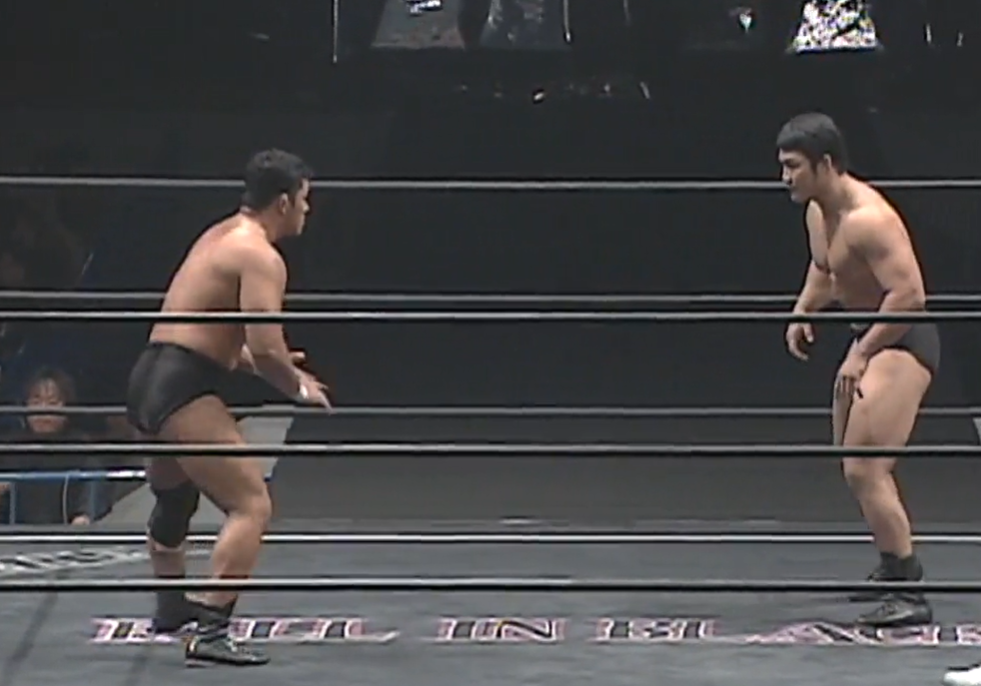 –Showing that gratitude. A remarkable thing about your journey is that you scored your first win after only three matches.

Tanahashi: Yeah, I don’t think I’ll ever forget that. It was in Fukuoka, the first match of the card, and I had that Young Lion fighting spirit from the jump. I was yelling on my entrance, and I stayed amped up after the finish! I yelled on the way to the back, and Choshu was like ‘hey, shut the hell up!’ (laughs)

–If you didn’t yell enough he would call you out for that, too though! (laughs)

Tanahashi: I think he thought I was going to far, heh. It was kind of hard to find the right line with him…

–Staying with that period around your debut, can you clear up a little urban legend?

Tanahashi: A little fact checking? Sure.

–In January 2000, so not long after you debuted, Kazuyuki Fujita (currently Pro-Wrestling NOAH) left NJPW. Now, the way Togi Makabe tells it, he and Fujita had a conversation in the dorm, and Fujita said ‘we’ll see each other again some day’. All the while, apparently you were watching from the shadows and broke down crying?

Tanahashi: Oh, I can’t I remember it all that clearly… But I might have had a tear in the eye perhaps. Then Makabe got mad and said ‘I should be the one crying, not you! The hell are you bawlin’ for’?

–What kind of guy was Fujita? 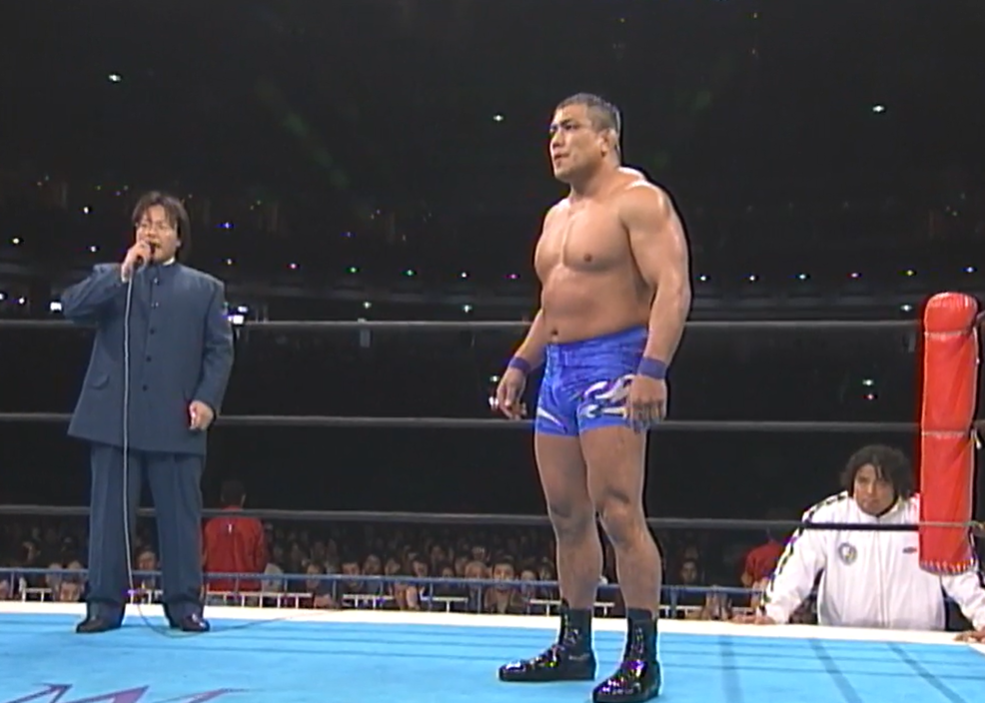 Tanahashi: Larger than life I think is one way of putting it. He gave it everything, including in training. I remember we had this big lat pull machine in the dojo, and he was the only guy that could work it on the highest setting.

Tanahashi: Oh you talk about wildman… When we had chanko, he would have the pork pretty much raw. Like, still red.

Tanahashi: Another thing I heard, maybe it’s a bit rude to talk about someone being thick skulled, but he was, literally. Like when they took a cranium X-ray, his skull was literally thicker than most human beings…

–But he gave you his tights?

Tanahashi: (laughs) Ahhhhh! Yeah, he did! The black and white deals. He kinda took a shine to me. I remember a little birdie had told him something one time, and he came up to me when we were all training together. He went ‘you used to do that student pro-wrestling stuff, didn’t you’? I’d kept it secret so I was really taken aback.

–He was well informed. Fast forward to later in 2000, you were part of the Young Lion Cup that year. You went 2-3 and finished fourth.

Tanahashi: Right. It was the first time in a while that they’d done a Young Lion Cup, but the company felt they had that depth there in 2000. I remember really not wanting to lose out to Kenzo (Suzuki).

–You got on well, but he was definitely a rival…

Tanahashi: Oh yeah. He debuted in the Tokyo Dome, and the company was high on him from the start, so there was definitely a rivalry there.

–Did that eat at you a bit? You talked about how you were much more of a model student than him when it came to training.

Tanahashi: No, not really. I saw it as an opportunity.

Tanahashi: Well I figured that I was attached to him, so naturally I would get elevated by association. I knew I had a better grasp of all the fundamentals than he did, so when we tagged together, people would look at us both and think ‘Tanahashi’s the better one’.