SANADA to face Kota Ibushi on October 18 in Ryogoku

SANADA emerged from a three man tie at the top of B Block in G1 Climax tonight with a shot in the finals against Kota Ibushi Sunday. SANADA had the same point total as Tetsuya Naito and EVIL, but with wins over the two men, advances on tie breakers. 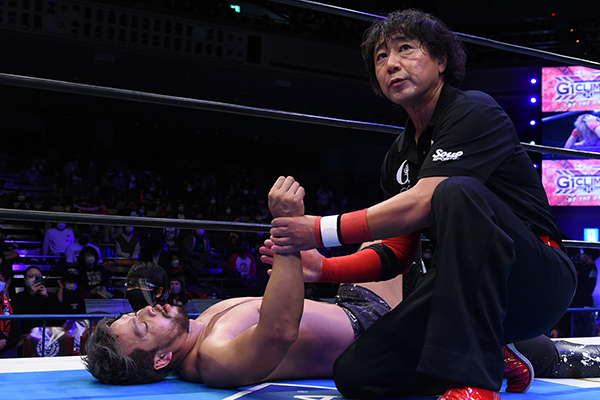 Naito would have advanced on point totals were it not for the efforts of KENTA. Their bout started with mind games from both men as each took time to engage with the other, before KENTA took the advantage with a shot from his US Heavyweight Right to Challenge briefcase. Naito was put in the position of fighting back from underneath and did so with strong neck work, but KENTA fired back with some severe strikes including a brutal knee to the eye. As Naito cut the BULLET CLUB member off, it seemed as if the match was in his grasp as signature back elbows were followed with Valentia, but as El Ingobernable went to follow with Destino, KENTA cradled Naito tight to score the three count. 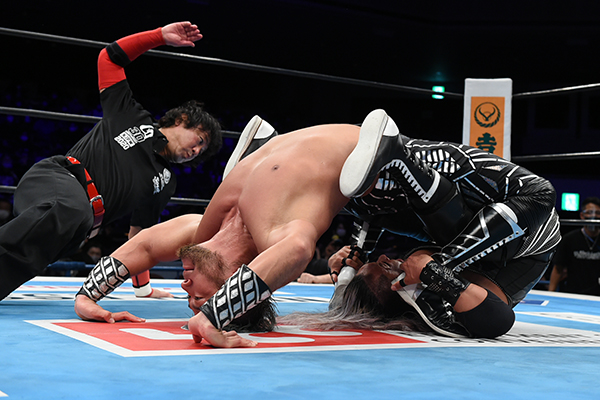 That victory put Naito out of the running and meant that the winner of EVIL and SANADA would win the block. EVIL took firm control of SANADA in familiar style, with a suplex onto a pile of chairs with the referee drawn by Dick Togo. As SANADA came back with all he could, Togo was always there with a distraction or outright physicality. When a downed referee led to a Togo and EVIL his Magic Killer to EVIL’s former tag partner however, one man had enough. Hiromu Takahashi had been calling the match on colour commentary ringside, and hopped the barrier. Initially, he too tasted Magic Killer, but when Togo went for the steel wire to choke SANADA, the former IWGP Junior Heavy champ laid him out, and allowed for an O’Connor roll to put SANADA through. 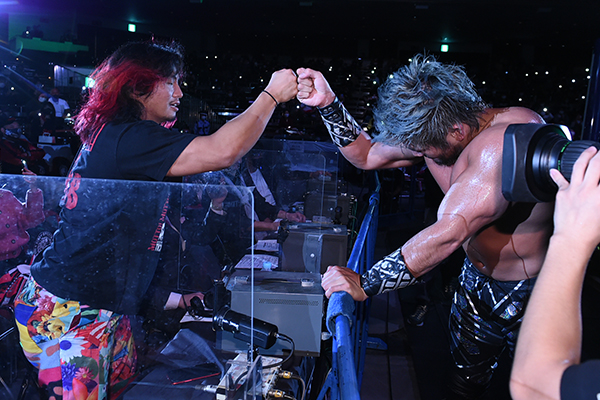