Big card Friday night as #MOXvsKENTA is one week away

The match the world is waiting for is just days away, but that isn’t all to get hyped up about as LEC presents New Beginning USA 2021. The first of two huge cards is this Friday at 10e/9c with a main event hotly anticipated in its own right. 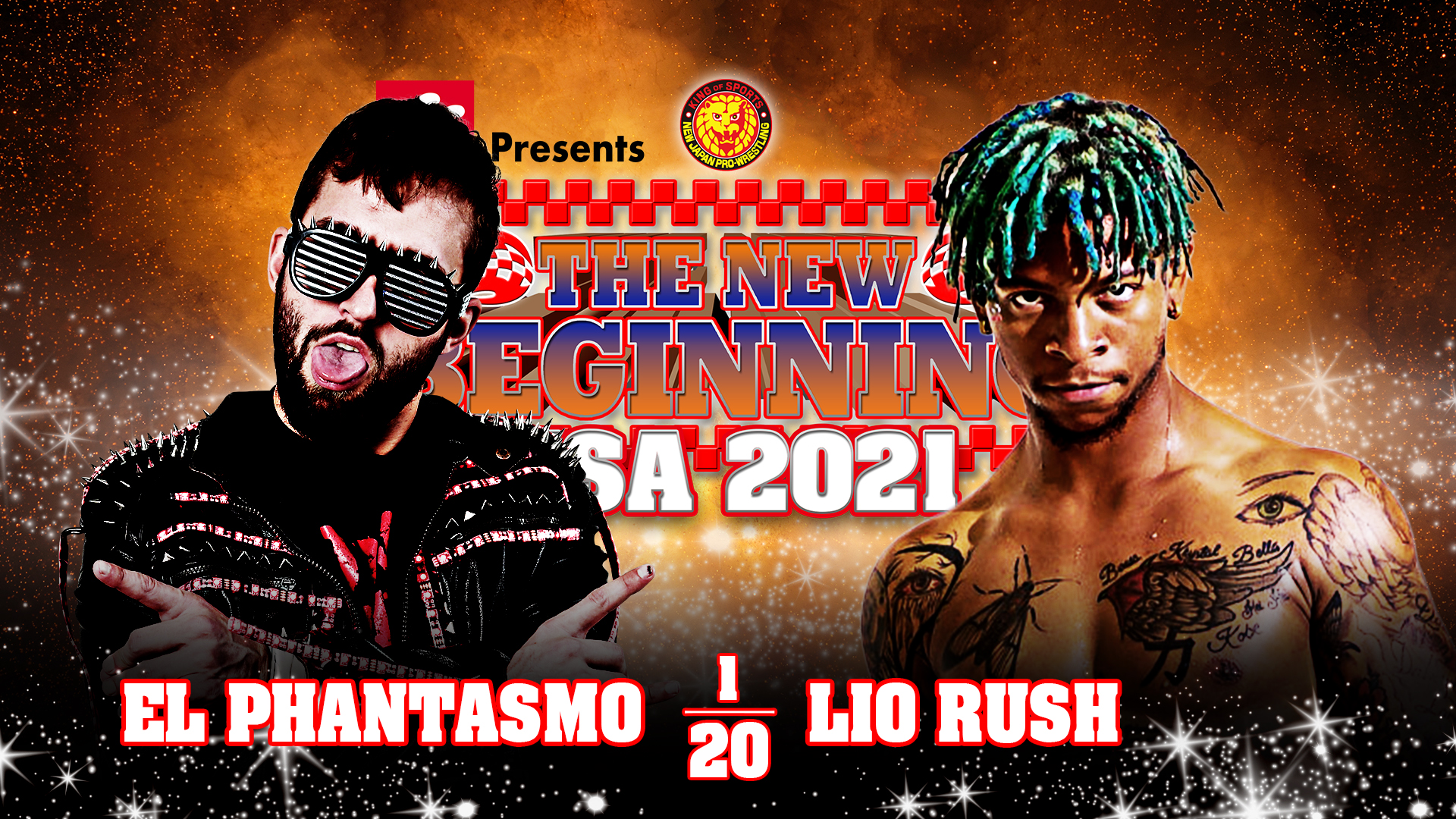 Friday’s main event sees a rematch of the first round in Super J-Cup 2020 as Lio Rush takes on El Phantasmo. Rush and Phantasmo was the most hotly anticipated first round matchup in last year’s junior heavyweight tournament, and though it was a hard fought battle, it wasn’t an entirely cleanly fought one. Phantasmo got the edge that December night, sending Rush on a path to revenge. A win over ELP in tag action at Lion’s Break Contender has now set the stage for this rematch.

Having long wanted to compete in the cerulean blue, Rush is eager to really show his worth by polishing off the number one contender to the IWGP Junior Heavyweight Championship. Yet in Phantasmo’s corner is the significant weapon that is Sudden Death. ELP’s superkick has led to several victories, each one accompanied by cries of foul from his opponents; whether or not the Canadian is getting added assistance in the sole of his shoe, Rush needs to evade the kick to stand a chance. 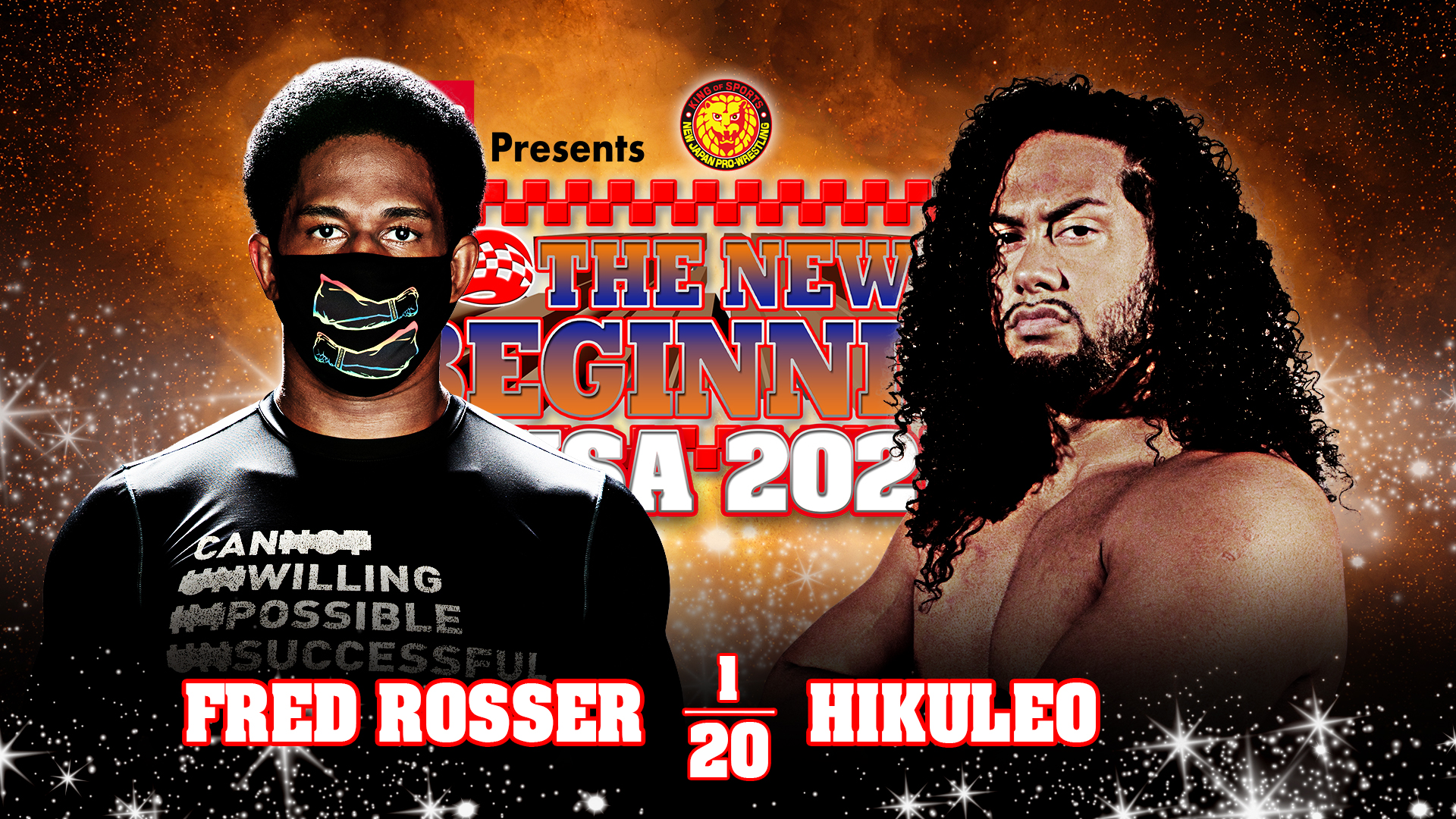 Heavyweight action second on the card Friday sees Fred Rosser go one on one against BULLET CLUB’s Young Gun Hikuleo. Hikuleo has been as impressive as he is imposing since making his STRONG debut last summer and has intimidated everyone in his path. One man who refuses to back down however is the ‘Sunshine Superman’ Fred Rosser.

Rosser has brought the fight in aggressive fashion to Hikuleo in a pair of multiman tag team matches over the last month, and now the two big men will meet center ring on Friday night. Can Hikuleo continue building his resume of impressive victories on NJPW STRONG? Or has he met his match in Rosser? 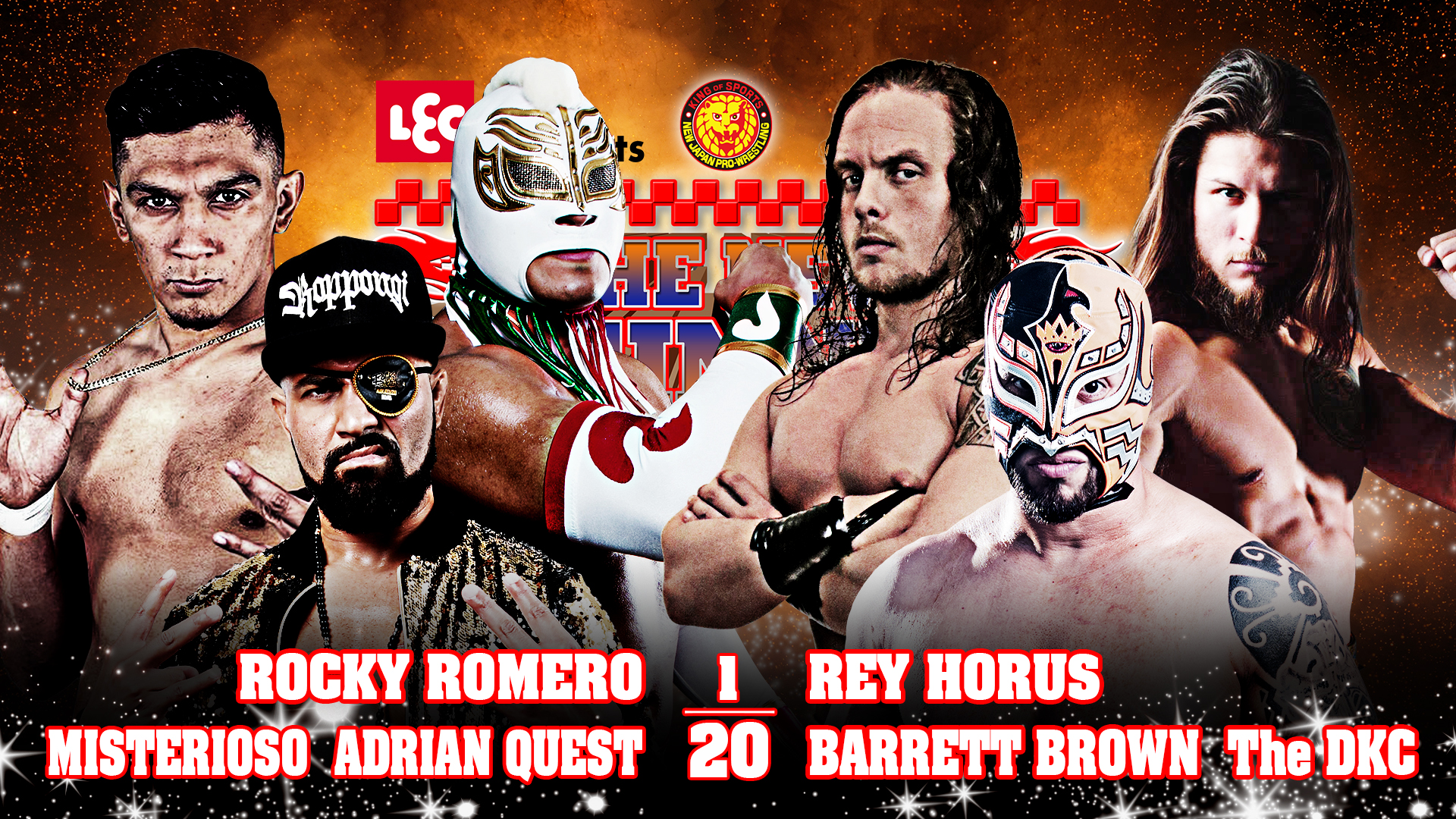 The night kicks off with what should be an intense six man tag team contest to kick us off! After Rey Horus got his NJPW STRONG career off to an impressive start a couple of weeks ago against TJP, can he maintain his winning ways tonight alongside Barrett Brown and The DKC, or will the experienced hands of Romero, Misterioso and Quest kick off their weekend with a win?