No Days Off: Fred Rosser Interviewed (2/2)

Rosser goes in depth on Resurgence and plans for the future 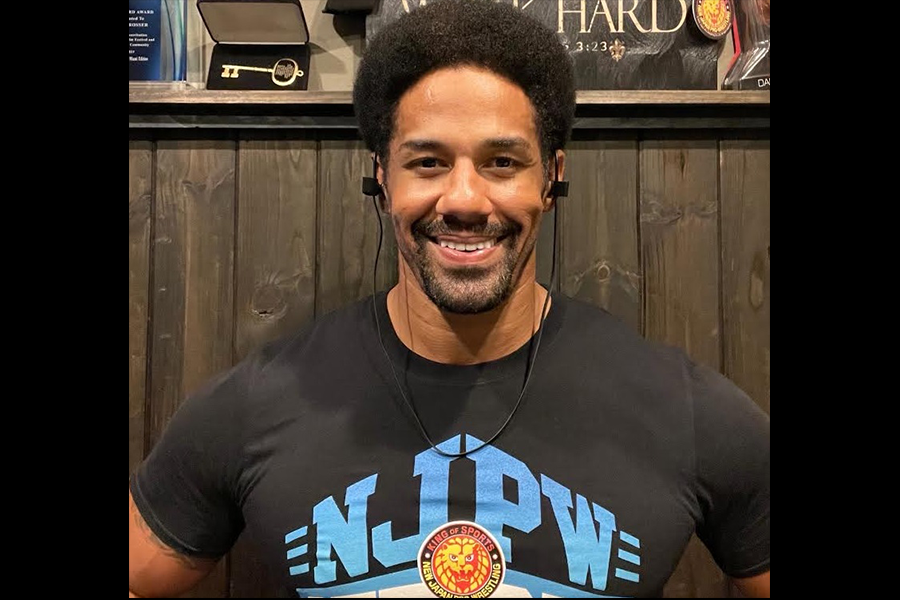 Fred Rosser is fired up to welcome US fans back to NJPW events, starting with Resurgence on August 14, and then Fighting Spirit Unleashed, where fans will see NJPW STRONG taped for the very first time. With these big events coming up, we spoke to Fred in depth about his journey so far, and what’s to come.

Watch LIVE on FITE! (LIVE Japanese on NJPW World with English to follow at a later date)

My focus is on the guy I’m wrestling 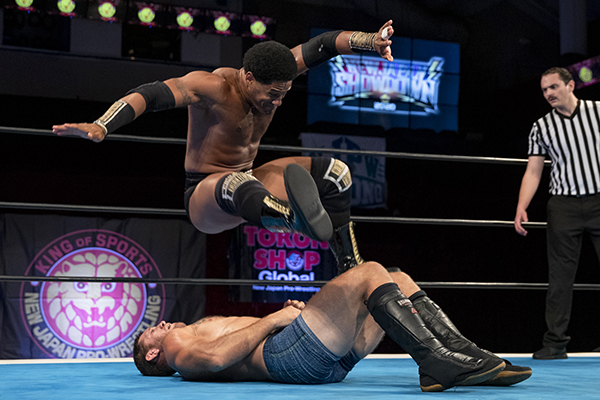 –Let’s talk more about coming into NJPW with STRONG. Wrestling with no crowds in this first year of STRONG has meant for a very different environment, did that change how you would approach your matches coming into NJPW?

Rosser: I said to myself when I was coming in that I didn’t have to do anything that I wasn’t comfortable with. I just had to be me, and that means being real and being rough. Crowds, yeah the crowd helps, but really I keep my focus on my opponent. I might be able to hear the voice of Kevin Kelly or Alex Kozlov telling those stories as I’m wrestling, but my focus is completely on the guy I’m wrestling, crowd or no crowd.

–We touched a little on the match you had with Filthy Tom Lawlor at Showdown on NJPW STRONG. It seemed like such a strange combination on paper, but it turned out to be the fans’ favourite of the year.

Rosser: I’ve been doing this for some time, but when you get in there and see Tom with his cauliflower ears, knowing he could seriously hurt me… To get in there and go tooth and nail, it just felt good. It was nearly a year ago now, so I think it has to be nearly time for us to go again, in front of a crowd this time.

–You want that rematch.

Rosser: In Japan or in the States, I don’t care, but there are nights I can’t sleep because I’m so excited about what’s coming up for STRONG, and one of those things has to be redemption against Tom Lawlor for me. I’ve just got to keep climbing the ladder to get to that point.

I have a huge respect for the Tongan dynasty 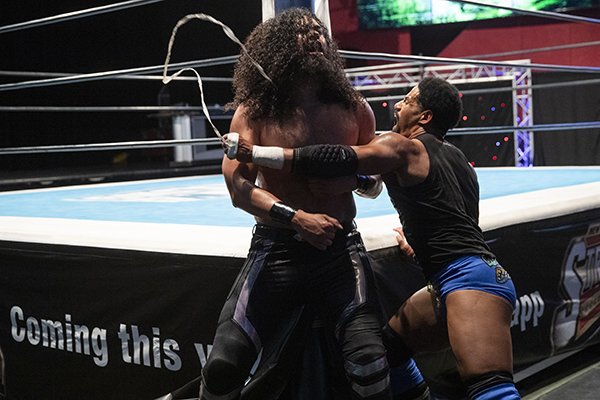 –You had a major issue with Hikuleo this year.

Rosser: You got that right!

–That no disqualification match was so different to everything we’ve seen in NJPW in general, let alone NJPW STRONG.

Rosser: It needed to go there. We needed to do it. The doors were open to us, and we knocked the doors down, literally.

–You talked about your respect for Hikuleo’s father King Haku.

Rosser: I love his family, and I have a huge amount of respect for that Tongan dynasty. But it definitely wasn’t a night off with Hikuleo! It took some time off my life I’m sure, but it was definitely memorable.

Being who you are is important, and that means being all kinds of shapes and sizes 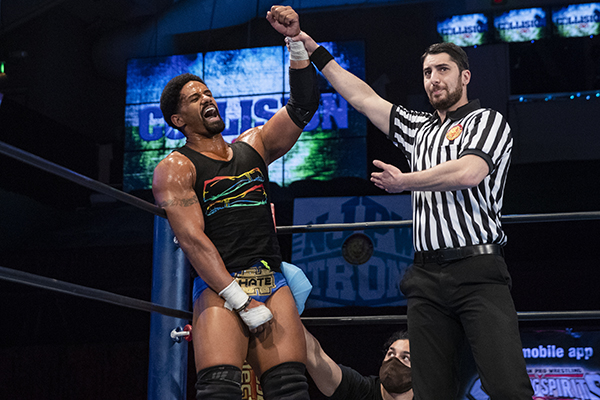 –Let’s talk a little bit about representation. To the best of my knowledge, you’re the first openly gay NJPW contracted wrestler. Is that an important position for you?

Rosser: Yeah. You know, all I want in the end is for people to see me in the ring, on TV, social media or wherever and say ‘if he can do it, then so can I’. Being who you are is important, and that means being all kinds of sizes and shapes.

–You want people to be able to identify with you.

Rosser: And identify with me as me. There are all sorts of people in the (LGBTQ+) community, feminine to masculine to everything in between. I don’t need to deepen my voice to pass myself off as more masculine, even if I was a big fan of Shane Douglas growing up. Do Japanese fans get that reference? (laughs).

–Maybe Genichiro Tenryu is a better one (laughs).

Rosser:  The point is I don’t need to be someone I’m not. I just have to be me. The fans didn’t vote me and Tom Lawlor as STRONG match of the year because I’m gay, I got it because I’m good and so is he.

–So you feel STRONG gives you the platform to best be yourself.

Rosser: Absolutely. NJPW STRONG have really embraced my idea, my movement of ‘Block the Hate’, and that means the world to me. There’s no place for any kind of hate, whether it’s homophobia, anti-Black, anti-Asian hate, it’s all nonsense. I’m so happy that ‘Block the Hate’ can run wild on NJPW STRONG, because here, it really truly doesn’t matter if you’re gay or straight, if you’re good then that’s what matters. 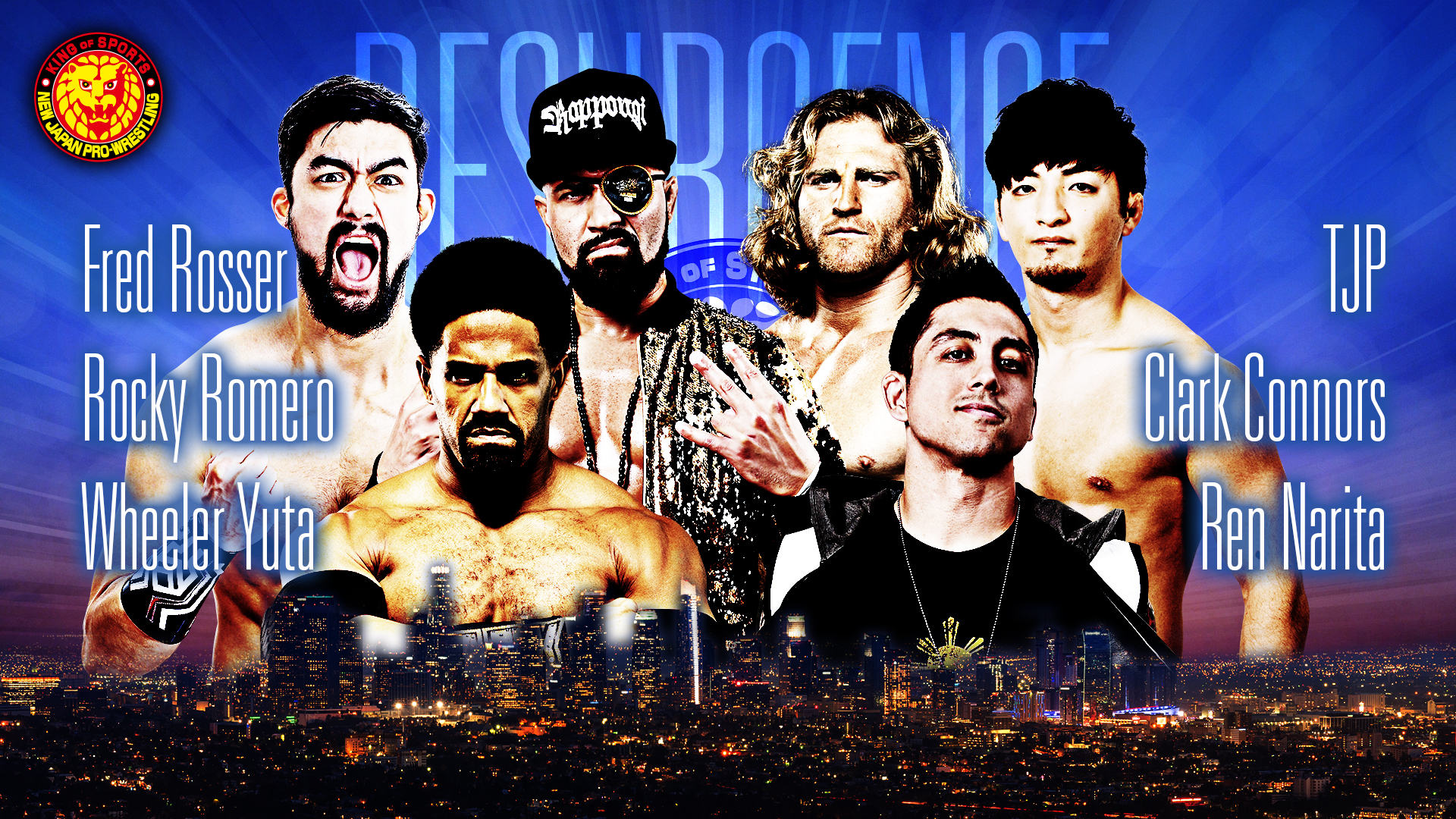 –So we’re now coming up to Resurgence August 14, and Fighting Spirit Unleashed tapings on August 16, which have gotten a big response.

Rosser: Do you know how they’re doing?

–Very well. There were big sales in the first 24 hours, and they’ve kept growing.

Rosser: Man. That actually makes me teary eyed to hear. To be able to have this experience. It really feels like we’re conquering something. I really feel now I have to train harder than I ever have in my life. That’s so exciting.

–I think everyone’s excited to have the US fans back.

Rosser: I’m most excited to have my mom there! She’s always been my biggest supporter, and my personal photographer!

Rosser: Please! I want to see her photos on the website! (laughs)She’s always been my right hand woman in WWE, in conventions and all that.

–We don’t have the full card announced right now (interview conducted early July). Is there someone in particular you want to face? Obviously you mentioned Tom Lawlor…

Rosser: Well, this is a bit off base, and I don’t know whether it’s for now. The timing would have to be right, but… 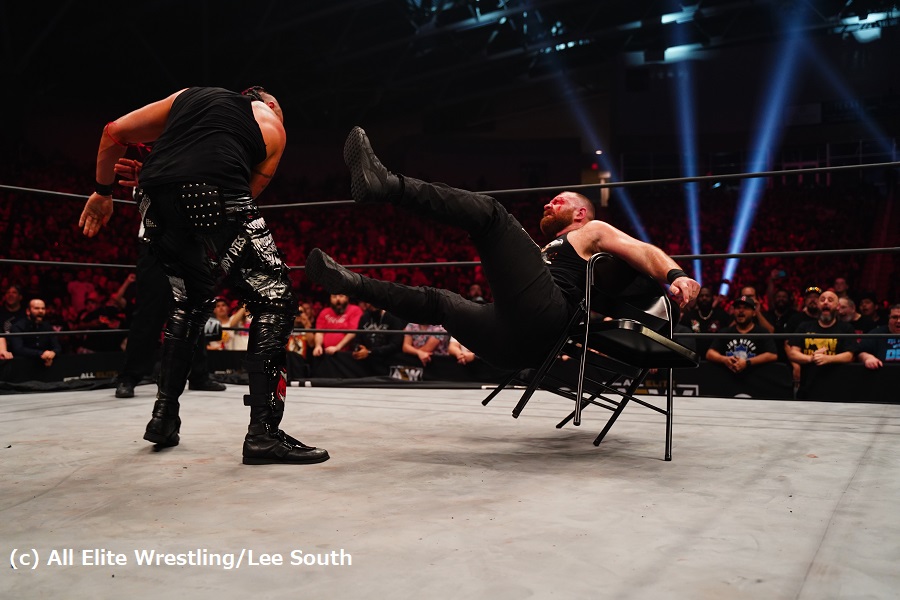 Rosser: I want Moxley. And I want him in a deathmatch.

–A deathmatch with Moxley!

Rosser: Nobody would expect that from me, just like they didn’t expect me and Filthy Tom. A while back a promoter called me and asked if I was willing to do a deathmatch, but I said I would only do it, only cross that line if it was with Moxley. So take that and put it out there.

–We’ll see where that goes! To that point, where do you see yourself and STRONG headed in the next year or so now that fans are coming back to venues, and this is a show that’s really taking off?

Rosser: Just to be a part of all this and to be appreciated is top tier to me. I don’t want to put too much on my plate because I’m very happy with what I have. I really want to be the heart and soul of NJPW STRONG and NJPW in the US, like Tommy Dreamer was the heart and soul of ECW. That’s what it means to me.

Here’s one of my favourite quotes, and I think it’s so important. ‘Without commitment, you cannot start, but without consistency, you cannot finish.’ I have to be committed, I have to be consistent, and with those qualities, I’ll make the finish line.