–Let’s talk about the 2011 G1 Climax. Through the 1990s, there were various different formats for the tournament, but after 2001 it settled into two blocks, with varying numbers of entrants each year. This 2011 tournament had the familiar format fans recognise today though.

Tanahashi: Two blocks of ten. I think as NJPW started to really bounce back, there were more entrants each year in the G1. The difference here was that the last day still had group matches as well as the final, so if you were in that final spot you had to wrestle twice in one night.

–You ended up going 6-3 in the league, with your block also featuring Yoshihiro Takayama, Hideo Saito, Yuji Nagata, Togi Makabe, Giant Bernard, Yujiro Takahashi, Toru Yano and Tetsuya Naito, who beat you on the last night to make the final. 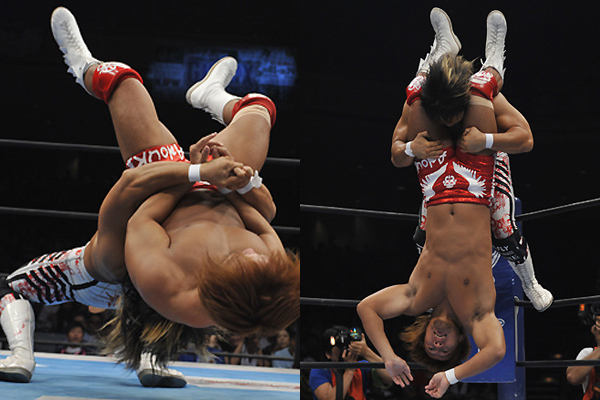 Tanahashi: Hideo Saito was right in there… It was still a transitional period I think (laughs). The last match with Naito was a lot of fun. It worked out that whoever won would make the final, and he wasn’t thinking about taking it easy to save himself for the main at all. He wanted to sprint, try and finish the match quickly. So it was this really frantic pace and then he caught me with a roll-up. In the end, he carried all that energy to the final and Nakamura.

–Nakamura took the trophy, his one and only G1 win.

Tanahashi: You saw Nakamura come full circle. This was where his charisma really came through, and after all he’d worked for and that trial and error, it was this realisation of who he was.

–It was a transformative G1 for Toru Yano as well, especially when it came to your match with him.

Tanahashi: That match was a bit of a turning point for him, yeah. He was a heel, but there was such an underdog dynamic that the crowd were completely behind him. It was really rare for a match of mine at that point for the crowd to be pretty much all pro-Yano. Lately I think I’ve lost the ability to make natural underdogs of my opponents just by being in the ring with them… 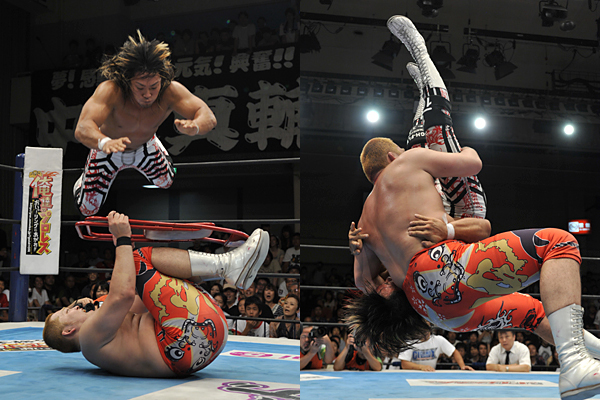 –Well, at this stage of your career…

–During the match, Yano used a chair to block the High Fly Flow, and then cracked you over the head with it. You were split open, and he hit the Oni Koroshi powerbomb and then a sidebuster to pick up the win.

Tanahashi: When he did, there was this massive pop, I can still hear it now, I think. It should have been the most straightforward babyface Tanahashi versus heel Yano match you could imagine, but the fans turned both of us. You never know when something like that can happen, it’s what makes this whole business so much fun.

–This was Lance Archer’s first G1. Years later when you wrestled one another at resurgence, he brought up this G1 match in his post match comments on the mic. 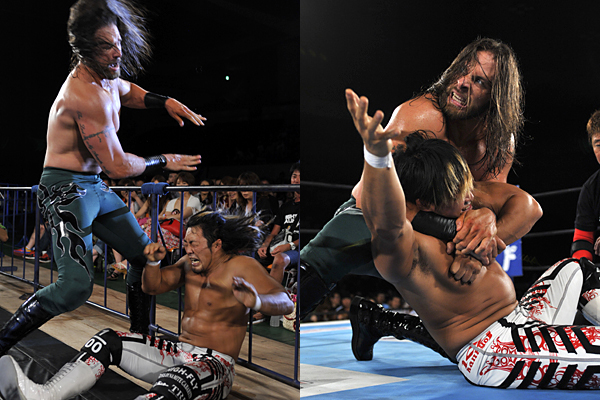 Tanahashi: That made me smile, it really did. It was emotional for me, that night in LA. I remember when he first came to Japan, I thought he was this big guy, but good looking, and with a lot of flash and athleticism. He was a heel, fighting dirty, but I was thinking ‘if I was him, I’d be a babyface’…

–He was the monster heel of Suzuki-Gun, but he had babyface like popularity.

Tanahashi: It wasn’t just that he was big, but that he was in perfect symmetry, and the more he wrestled here, the more his athleticism caught up with his body. It’s rare for a guy that size to fly that well.

–You two are the same age, aren’t you?

Tanahashi: We are, yeah. I didn’t know it until I saw his profile years later and I thought ‘ah, crap!’. The jealousy in me (laughs). But it goes to show that our generation, they really could make guys, heh.

Ace’s HIGH will be transitioning to a monthly release schedule from the next installment. Look forward to it!