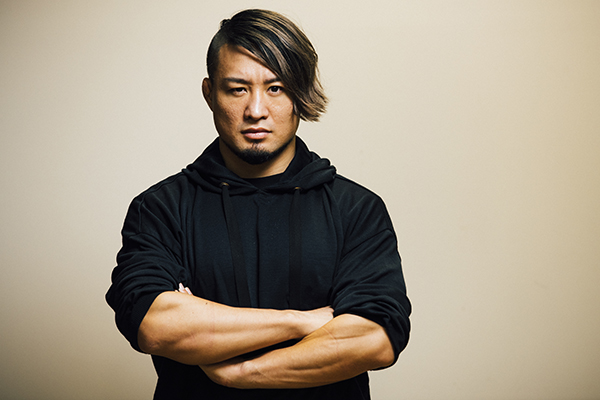 The retirement of Jyushin Thunder Liger on January 5 at Wrestle Kingdom 14 was symbolic of one generation ending, and a new beginning for junior heavyweights in NJPW and professional wrestling at large, and that before the global pandemic which has affected every element of our lives and the wrestling world.

New Junior Generation highlights the different players in a brand new junior heavyweight landscape. SHO is next in line!

It’s just a weight distinction. That’s all. ‘Stronger and weaker’ doesn’t factor into it. 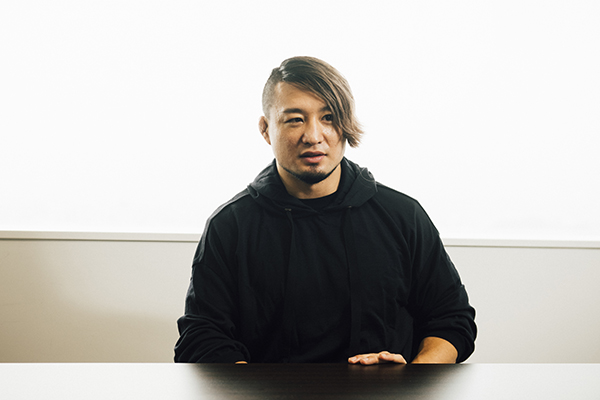 –So, you’re next in our series of junior heavyweight interviews.

SHO: It’s a relief to be honest. I thought that once Hiromu’s was done, the series might be finished, like I might not get a shot at all. (laughs)

–Sorry to keep you waiting. Obviously this year’s Best of the Super Junior tour was cancelled a while back. How did you feel when you heard the news?

SHO: Well, when the tournament finished last year I was picking myself up thinking ‘next year I’ll get it done!’ So when this year was cancelled it was like ‘you’ve gotta be kidding…’ But these are the times we’re in.

–Events were and still are being cancelled all over.

SHO: There’s nothing we could do about it, but I do hope it’s a postponement and we can still do this later in the year. I’m a Junior Tag Team Champion now, so singles opportunities aren’t as common for me, I think. I really want an opportunity like BoSJ.

–Both last year’s finalists moved up to heavyweight after the fact.

SHO: Well, if they’re over 100kg, then what can you do about that? To me that’s fine. The difference between junior heavyweight and heavyweight is just that number on the scale. It’s a weight distinction, and that’s all. ‘Stronger and weaker’ doesn’t factor into it for me.

–It’s just a number to you.

SHO: Yeah, exactly. But it’s a little different to MMA where there’s weight divisions to keep the competition fair. Here it’s more that junior heavyweights can wrestle in a different style and present a different form of pro-wrestling that perhaps heavyweights can’t and vice versa, so that is something to be conscious of.

My goal is to do everything that Shingo couldn’t 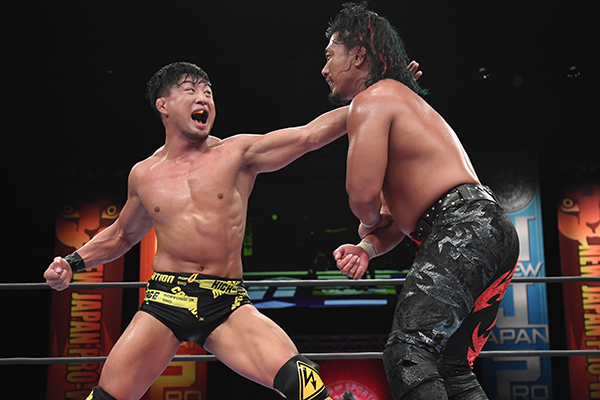 –So speaking of wrestlers moving to heavyweight, we have to talk your connection to Shingo Takagi…

SHO: I don’t know if he was ever under 100kg (laughs). It’s great that he went on to become NEVER Openweight Champion, but the beauty of that title is that the usual framework, all the rules go out of the window. You can challenge if you’re 150kg, and you can challenge if you’re 70. I’ve always liked the idea of openweight matches, and when you have the title on that guy, well it’s a perfect storm for me.

–You’re not the only junior heavyweight interested in that title. El Phantasmo and El Desperado have both expressed an interest.

SHO: That’s a good thing, right? It means that the belt has a certain value to it, and there’s a value to Shingo as champion. I think specifically though, Takagi having won it having started as a junior heavyweight is a bit of a motivator to guys like Phantasmo and Desperado.

–Takagi has helped prove the borderless nature of that title.

SHO: Right. I mean you could have Bad Luck Fale vs Cheeseburger for that title, and it wouldn’t be against the rules.

–Desperado has even said that if he were NEVER Champion he would make it an open gender title and take challenges from joshi wrestlers as well.

SHO: That would be different. But why not? Anybody should be able to go for that title.

–Last year, your match against Shingo ranked pretty highly in match of the year polls. What are your thoughts, thinking back to that match?

SHO: Watching the video back, it definitely reminds me how tough he is. It’s no surprise he won out in the blocks. But my goal is to do everything in my career that he couldn’t, starting with winning BoSJ.

SHO: Beating him directly in the ring is one thing, certainly. But it goes further than that; I want to be better than him in every way. Maybe I’m a little obsessed…

SHO: But I was thinking about all that when BoSJ was cancelled, so that really hit hard. 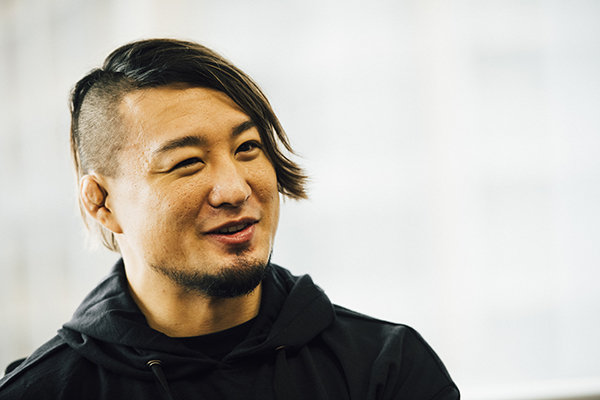 –We mentioned El Desperado earlier. Back at New Beginning in Osaka, you and YOH defended the tag titles against him and Yoshinobu Kanemaru.

–Desperado was very critical of Roippongi 3K as a tag team. He said some very deprecatory things about both of you in this very interview series.

SHO: Well, I don’t know how much I can say here and not get into trouble, but it’s like this. Leave aside for a second whether he thinks we’re good wrestlers as individuals, and one thing I’ve come to realise recently is that even if you have two great wrestlers together, they won’t necessarily make a great tag team.

SHO: Like, if you think to when Kazuchika Okada and Hiroshi Tanahashi have teamed, you’d think that it would be an absolute perfect tag team, but in practice, things were a little different. That isn’t disrespecting them at all, it’s that they shine much more brightly as singles wrestlers.

SHO: And I got to thinking about that difference, and how it connects to RPG3K… But YOH said he wants this to continue, right?

SHO: I don’t know, I’m thinking a lot these days. Like we’re different types of wrestler. If YOH teamed with Ryusuke Taguchi, they’d make a great pair. Me, I don’t know, maybe a Robbie Eagles would be a good partner for me.

–You’re saying Desperado has a point?

SHO: I’m saying there’s a reason he said what he did. That I don’t entirely disagree with him. Like, look. We’re the tag champions, for the fourth time. We’ve won three Super Junior Tag Leagues in a row, and people are still able to criticise us as a team like that?

SHO: Right. That’s why I want to face YOH.

–You want to wrestle him?

SHO: I think the guy I want to fight the most right now is the guy I’m teaming with. We wrestled so much as Young Lions and never since. We grew a lot in those matches, but since we came back we’ve never faced off.

YOH is most fired up when he’s opposite me. I feel the same 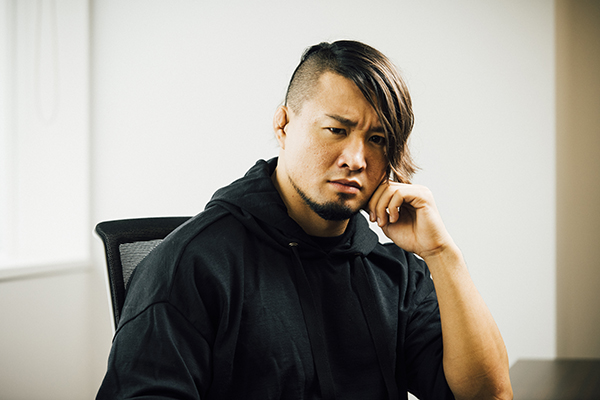 –The matches you two had in your Young Lion days were always pretty intense.

SHO: Right. I think I can have a kind of match with YOH that I couldn’t have with anyone else. We’ve been tied together all this time, it really is a special connection that we have. I think he’d probably be my opponent in my retirement match. And vice versa for that matter. Woah, wait-

–That means you’ll both retire together!

SHO: Haha! But I wouldn’t put it past us. You know, I think that he’s such an important person to me both professionally and personally. That’s why I want to face him!

–Get that competitive spirit between you back.

SHO: I just wish we were in the same Best of the Super Junior block, or that we’d meet in the final, or something. He’s a great wrestler, very different in style to me, and I think all the way around it’d be a great match to wrestle and a great match to watch.

–Desperado talked about YOH’s lack of emotion in the ring. Your thoughts?

SHO: I think he’s the most fired up when he’s standing across from me. I feel the same way. It’s a situation I feel I just mustn’t lose. But I do think it’s a match we have to protect somewhat.

–It’s that important to you.

SHO: Yeah. The thing is, I love the idea of one to one combat. That’s why I love fighting games like Tekken. One on one, all skill, no interference, no cheating. Just who’s the better man, you know? I don’t know whether that’s the thing to say as a tag team champion.

–You have those ambitions as a singles wrestler.

SHO: Well, there’s only one IWGP Junior Heavyweight Champion at the end of the day. So we might be tag team champions, but all of us are rivals.

All the stars aligned with him 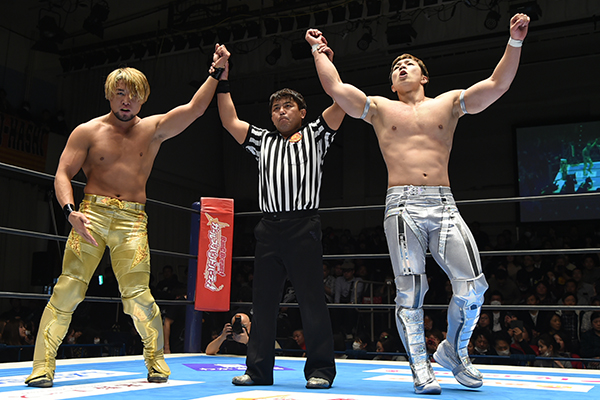 –YOH himself said that his relative coolness made him the analyst and the tactician of your team.

SHO: I think that’s right. YOH is always thinking about the good of the team and what we need to do together. I’m not like that; I tend to put my head down and just focus on our opponents, heh.

–You just go full steam ahead, but it’s good that you have that delineation of roles.

SHO: I mean it could be that I’m the reason why YOH gets knocked for a lack of fire. The thing is, I’ve never really thought about the team; it’s always been YOH carrying us forward. Everything RPG3K has done is because of him. He’s certainly been able to direct me even given how hard to handle I can be! I’m sure he’d have his frustrations to take out on me, even if we do get on well outside the ring.

–YOH said that if you were in the same class at school, you wouldn’t talk to one another.

SHO: Oh yeah, he’s right there. Apart from our band, we don’t have the same interests at all. I love videogames and fishing, and that’s not his thing at all.

–He said that he’s grateful to be one year older than you.

SHO: Yeah, it wouldn’t work if I were the older one. It just worked out with us; all the stars aligned with him. 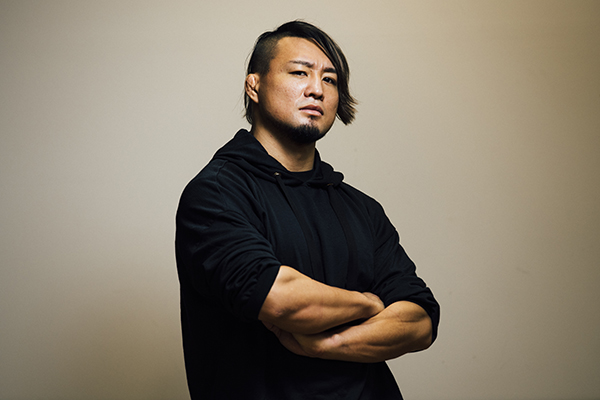